Arts & Culture
Disney and the US Department of Defense – weaponising streaming
The American Department of Defence housed in the Pentagon has access to weapons and technology the likes of which you would think come from the movies, but they also have another weapon - the movies themselves.
By Samuel Pennifold
14 July, 2021 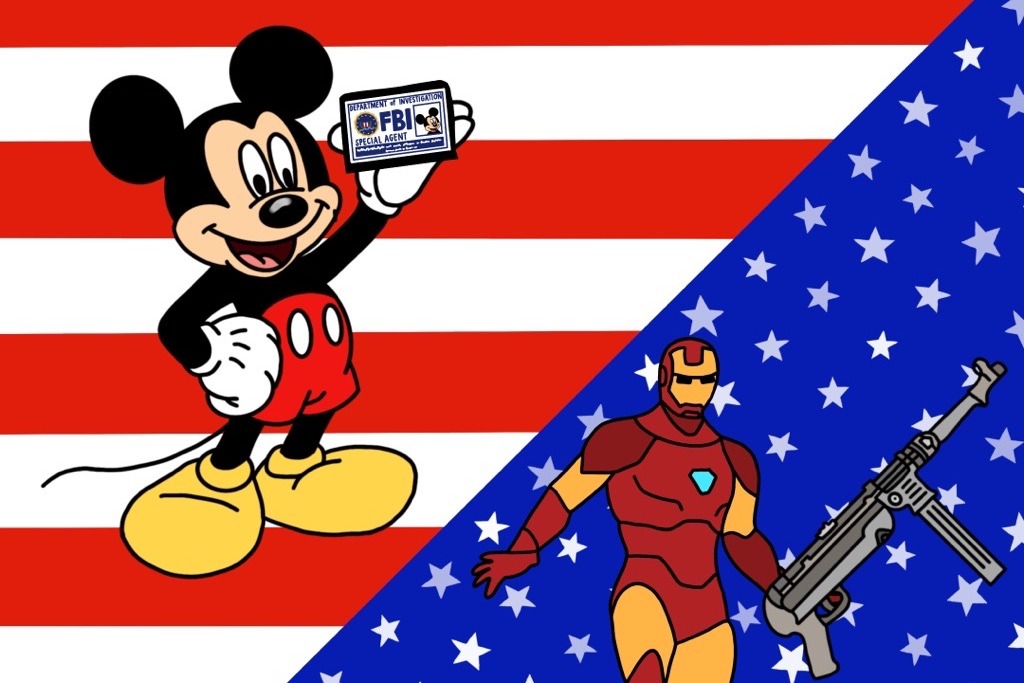 The American Department of Defence housed in the Pentagon has access to weapons and technology the likes of which you would think come from the movies, but they also have another weapon – the movies themselves.

In a lucrative deal between Disney and the US Department of defence and its extended security apparatus, a new global front has been opened up in the great struggle for power, streaming platforms.

Disney, which acquired the entire Marvel corporation including Marvel Studies for $4billion in 2009, owns the sole rights to the majority of Marvel superheroes including Captain America, Iron Man, Black Panther and so on. This was part of a move by Bob Iger, former CEO of Disney who stepped down last year, to expand the intellectual property rights of Disney and in turn, expand its profit margins. The purchase of Marvel in 2009 has been a masterstroke, with global box office ticket revenue of the Marvel Cinematic Universe equating to more than $23billion alone. Under Iger’s leadership, Disney’s market capitalization also increased from $48 billion to $257 billion. Iger also was instrumental in the creation of the streaming platform Disney Plus.

Disney’s answer to Netflix and Amazon Prime, Disney +, offers users unfettered access to the entire back catalogue of Disney and Pixar movies and TV shows. There are now almost 100 million monthly subscribers to the platform and the rate of growth is only accelerating thanks to the platforms extremely successful original TV shows such as The Mandalorian and Wandavison.

Investors have realised this is a platform with potentially global reach with the sort of truly massive influence that has rarely been seen before. Investors though are not alone in realising the potential influence of the platform, US DOD has realised as well and is using it.

This kind of relationship is by no means a new phenomenon, the US DOD and Disney have a close working relationship that goes back decades, with loose favours being traded here, whispered suggestions there, and the odd piece of direct and outright intervention. Walt Disney himself was infamously an FBI informant who would provide the names of alleged communists in the states in exchange for the ability to film inside the FBI headquarters. But the potential impact from the weaponisation of popular culture has perhaps never been so great as it is now.

The Marvel superhero franchise of course makes use of a lot of US military technology, bases, and installations for filming to give their films an authentic feel. But this comes at the price of the US Department of Defence having oversight over the franchise. Especially on scripts and the production of movies. In the movie that started it all Iron Man, the DOD was allowed to review and revise the script. Other films such as Captain Marvel, and the Wandavision series have also come under review by the US security apparatus. This is a compromisation of artistic values through censorship, leaving little room for stories that compromise the self-affirming image of the United States as the city on top of the hill. Even if recent history shows only all too well the states is a country of flaws like every other.

US comic books have always in the end been about the all American burger eating and coke drinking hero or heroine coming out on top of the enemy – usually from or working for a traditional enemy of the United States, but as this transitions from a subculture to a dominant force it is opening up the borders of propaganda. This is part of a global trend to appreciate the importance of popular culture in the pursuit of power. In the UK the secretive 77th Brigade is tasked with influence, outreach and other unconventional modes of conflict for the British Army.

Whilst it is widely acknowledged that these kinds of tactics are not going to win wars, they are going to help. When people started queuing for McDonald’s in Moscow you knew the cold war was over and the US had won, now when people from around the world look up to Captain America and Iron man you know the US is still winning.