Arts & Culture, Politics
[Opinion] Unpacking the Corporatisation of Pride
Our concept of Pride has been all too limited to the white gay men shown in Hollywood movies and Netflix specials, causing us to look at the world from capitalistic rainbow-glasses.
By Aybike Ceren Kahveci
28 June, 2021 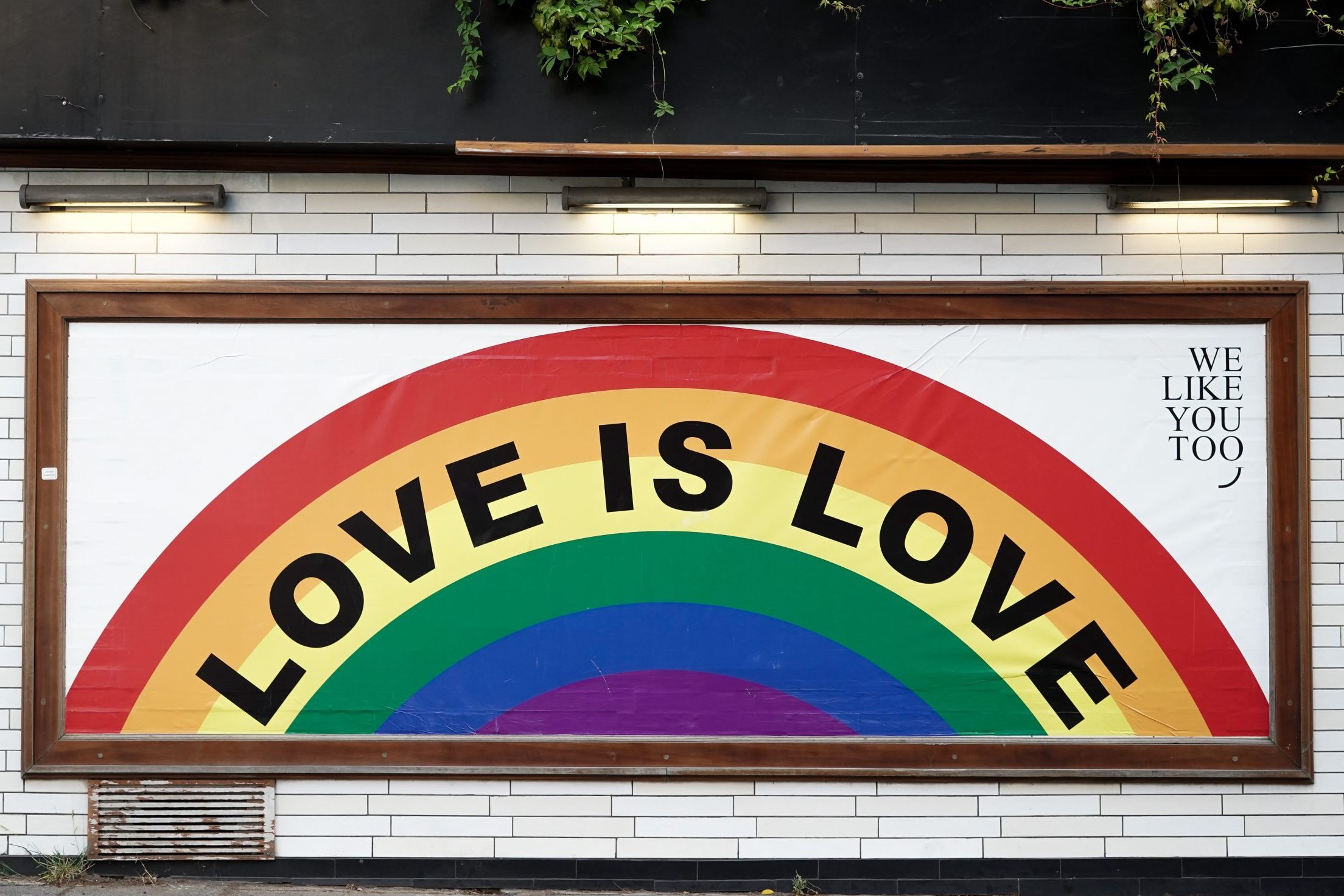 Queer people have long fought for their rights to parade their love around and not fear exclusion and violence when walking down the street. From throwing the first rock at Stonewall to witnessing the legalisation of same-sex marriages in the Western world, their efforts have been recognised (although there’s still a long, long way to go), incentivising the act of coming together to show the world what it really means to be queer and proud. All around the world June marks Pride Month, where Pride parades can be observed by everyone who is willing to go out into the street, whether an ally or a homophobe, in a limited number of countries where the parade is embraced and allowed by legal authorities.

This is beautiful. Even if it isn’t possible to do it everywhere, the fact that queer people in certain countries can flaunt their love without fearing prosecution or violence is a comforting situation for those living in countries where it isn’t possible, as it signals that it isn’t impossible. As Pride month approaches however, I found myself questioning the sincerity of the Pride movement (I believe it can be called a movement and a type of culture interchangeably). Coming from a country in the Middle East, where being queer isn’t illegal, but necessarily isn’t legal either, I have been comparing the lives of queer people in the West to the lives of those back home, or anywhere in the Middle East to be honest. What prompted me to even begin questioning the sincerity of Pride was my realisation that not one queer organisation showed support for Palestine during the 11-day long horrors that took place last week. It shocked me to come to this realisation as I had innocently held on tight to Pride in hopes of having finally found a community based so much on love, peace and solidarity. My perception of Pride embraces all, whether queer or not, as history has shown queer people that lacking a secure sense of self and governance hurts the most within the borders we have created for ourselves.

Being denied by those who are supposed to extend a helping hand, and being seen as a concept rather than a human being, just another statistic on the paper… Palestinians and queer people have had this in common throughout history. Hence, it shouldn’t be surprising when I state my discomfort and disappointment at the failure of queer organisations to support one of the most undermined and tortured people in the world. The one community that I had been convinced to trust with my eyes closed, the one community which I felt had nothing but love to give had fallen to the trap of capitalism, as this inaction also spurred from the fear that queer organisations could lose sponsorhips if they voiced their support for the people of Palestine. Tel Aviv hosts the biggest Pride parade, and most sponsors to other parades come from Pro-Israel companies. Having recently read Amelia Abraham’s “Queer Intentions”, where she discusses whether or not sponsorships have waned the significance and the core intention of the Pride Parades around the world, turning it into a bite-sized, easy to digest commercial activity instead of a constant fight for equality. P.E. Moskowitz’s recent piece for them., a queer publication under Condé Nast which is also the only queer publication so far that has voiced its support for Palestine, discusses this over-indulgent commercial value that has been added to queer culture, as she dives into the shift in what it means to be a queer person these days. Is queer culture really going to give into becoming a mainstream money-maker and abandon all its original values?

This shows the tendency of the movement to be increasingly West-centric, having been moulded into an international creation through representation endorsed by Western countries. This disparity arises from the lack of tolerance towards queer representation in the media and the arts in the non-Western areas of the world, silencing the voices of non-Western queer people in an effort to whitewash and capitalise on the popularity of the flowery and happy month of June. In response, the Western forces of opposition to the undermining and rejection of queer people from society has become the voice of all, leaving us in a desperate state to reach out for Western saviours. Our concept of Pride has been all too limited to the white gay men shown in Hollywood movies and Netflix specials, causing us to look at the world from capitalistic rainbow-glasses. We owe this domination to the earlier progress of Western politics in catching up with queer and trans rights, setting itself as the status quo of equality regarding sexuality though it has a long way to go in order to truly serve the interests of queer and trans people, specifically those of color. This status quo harms both the West and the rest of the world, as while it adopts the modern cloak of equality, it stops further progress by rainbow-washing and creating the illusion that ‘all is fine’.

One other argument for the queer community’s inaction and silence was that the community regarded the citizens of Palestine homophobic based on their Islamic background, and accused such citizens of not showing support towards the queer community itself in times of need. But in what world is kindness, support and caring for humanitarian needs a mutually exclusive act, a barter of some sorts? How can a community that knows, and has sadly experienced, all the horrible things imaginable in the world fail to show up for another, turn the other cheek and bask in the world it has created without having regard for the others in need? If anything, we must remember that one of the aims that rest at the very nucleus of the Pride movement is to coordinate a world that nurtures all, regardless of sexuality and belief.

It’s hard to judge those who live under the governance of pleasant queer politics for not being active participants in global horrors like these, as we tend to judge the world through the domestic lens that we are given, meaning that if things are good at home, we believe we have nothing to worry about. It is also impossible to expect everyone to be constantly proactive, commenting on everything going on all the time. But one thing to remember is that the queer organisations are not people, they are organisations, created with the aim of promoting equality, peace and love. We cannot support the freedom of one marginalised (I hate using this word but it hits home) group and stay silent in the face of other misconduct.

I refuse to accept that the queer community has become a creature created upon sponsorships and happy cheery prides exclusive to the West. Pride is about the freedom of all to live however they wish, whether it be loving whoever you want, believing in whatever you want, or simply living peacefully upon the land you have inhabited for years on end. The struggle for freedom does not end because the US and the UK have legalised same-sex marriages. It doesn’t end because a handful of countries have created a liveable environment for queer people to live. The struggle is not supposed to stop until everybody’s free, which is going to take an absurdly long time at the rate the world is progressing. The basic rights granted upon queer citizens of the West does not erase the core values of the queer community, and shows that we can do wonders when we strive to achieve our goals. I guess what I’m trying to say is, I expect the queer community to do better, and so should you.