Finance & Economics
The Financial Crisis in Lebanon: How Did It Get Here?
“The Lebanese model established since the end of the civil war in 1990 has failed. it was a house of glass, and it has shattered beyond any hope of return” says Fawaz Gerges, professor at LSE.
By Aybike Ceren Kahveci
02 February, 2021 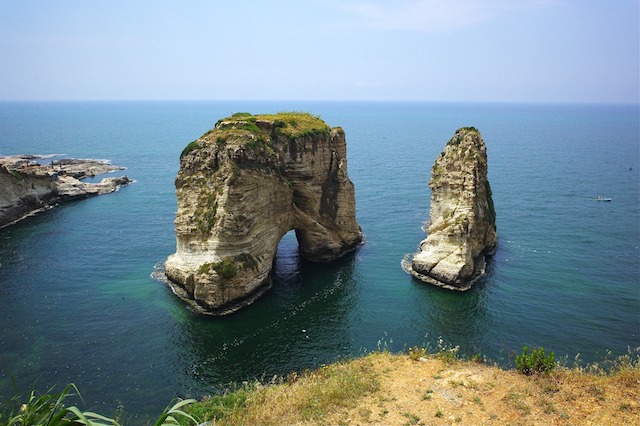 The world was shaken with the news of the Port of Lebanon explosion on the 4th of August. What the explosion did to the landscape was also reflected in the already-broken economic system. As Lebanon ended the last year with riots, where chants of “Down with the rule of bank” could be heard all around the city, it is entering the new year with even more economic hardship.

Once known as the Paris of the Middle East, Lebanon offered an oasis of prosperity and relative stability to tourists and businessmen alike, with its glistening coasts and high-end restaurants and cafes. What now remains is a broken currency, paralysed banks and hungry refugees. Bad planning, corruption and the sudden shocks of a pandemic and an explosion has caused the currency to crash, with the country’s debt equivalent amounting up to 150% of national output. The current situation in Lebanon was caused by what was called a nationally regulated “Ponzi scheme” of planning, as well as corruption and the careless borrowing of the sectarian elite. This article breaks down the financial crisis in order to paint a clear picture of how the country got here.

After the Civil War

As Lebanon experienced a long civil war, the country balanced books with tourism receipts, foreign aid and the largesse of the Gulf Arab states. The country started relying on human capital as its only export, and those who fled the country during the war stayed loyal to Lebanon and kept investing in the country. Meanwhile, the successive governments kept piling up debt following the war. There was a longstanding government policy that kept the value of the Lebanese pound pegged to the dollar, allowing the country’s citizens to experience a lavish lifestyle of travel and spending.

The country operated on an aforementioned Ponzi scheme, where banks offered remarkable interest rates for new deposits of dollars. Banque du Liban, the national bank, introduced financial engineering as it offered banks lavish returns for new dollars. Hence, foreign investors chose to put their dollars in Lebanon, and there was a rise in dollar reserves but also liabilities. Basically, how the country managed to pay back its debts during the time was through the above-market interest rates offered to commercial banks, which also helped maintain the currency’s fixed exchange rate to the US dollar. Instead of investing in domestic production, the foreign currency attracted to the banks of Lebanon were used to pay off the government’s debts and imports. Lebanon became reliant on the overseas dollars as it based its whole financial system on its promise, and spent beyond its means.

Falling public confidence has seen the supply of US dollars in the country dry up. As the flow of dollars dried up, the system broke down. “The Lebanese model established since the end of the civil war in 1990 has failed. it was a house of glass, and it has shattered beyond any hope of return” says Fawaz Gerges, professor at LSE. Last year, banks began limiting withdrawals to a few hundred dollars per week, as anti-government protests erupted all around the country. Banks have run out of cash and Lebanon has become the third most indebted country around the globe, and the country with the highest public debt-to-GDP rate. The Lebanese pound has lost 80% of its value, and the government defaulted on a 90 billion dollar debt in March. Unemployment stands at 25%, with the spike of the coronavirus even worsening the situation.

With one of the highest numbers of refugees living within its borders, nearly a third of the population currently lives below the poverty line. There are electricity cuts every other hour, and political sectarianism is disabling anyone from helping the situation. The government proposed to tax WhatsApp calls in 2019, as it’s the primary source of communication for those who have relatives living abroad, however the severe lashback against this has caused them to step back from the plan. They also proposed new taxes on tobacco and petrol in efforts to accumulate any money that they can.

The IMF offered a 10 billion dollar package of loans and investments back in 2018, on the condition that the government makes some limited changes. The country’s western allies made it clear that they won’t help out unless there is change from the government in curbing corruption. However, the failure of the government to act on these conditions has resulted in the offer not being granted.

One way that the situation can get better is if there is capital-control law to prevent the flight of money from the country. The conditions in Lebanon right now showcase the importance of smart national investing, whether it be for domestic production or creation of jobs. The level of corruption at the moment may make it seem like improvement is impossible, however only time will tell how the country will rise from the ashes.