Finance & Economics
Muhammad Yunus: Father of Microfinancing
Prof. Yunus has created the concept of microcredit and microloans through his amazing work throughout the years, earning him numerous awards, including the Nobel Peace Prize.
By Aybike Ceren Kahveci
29 January, 2021 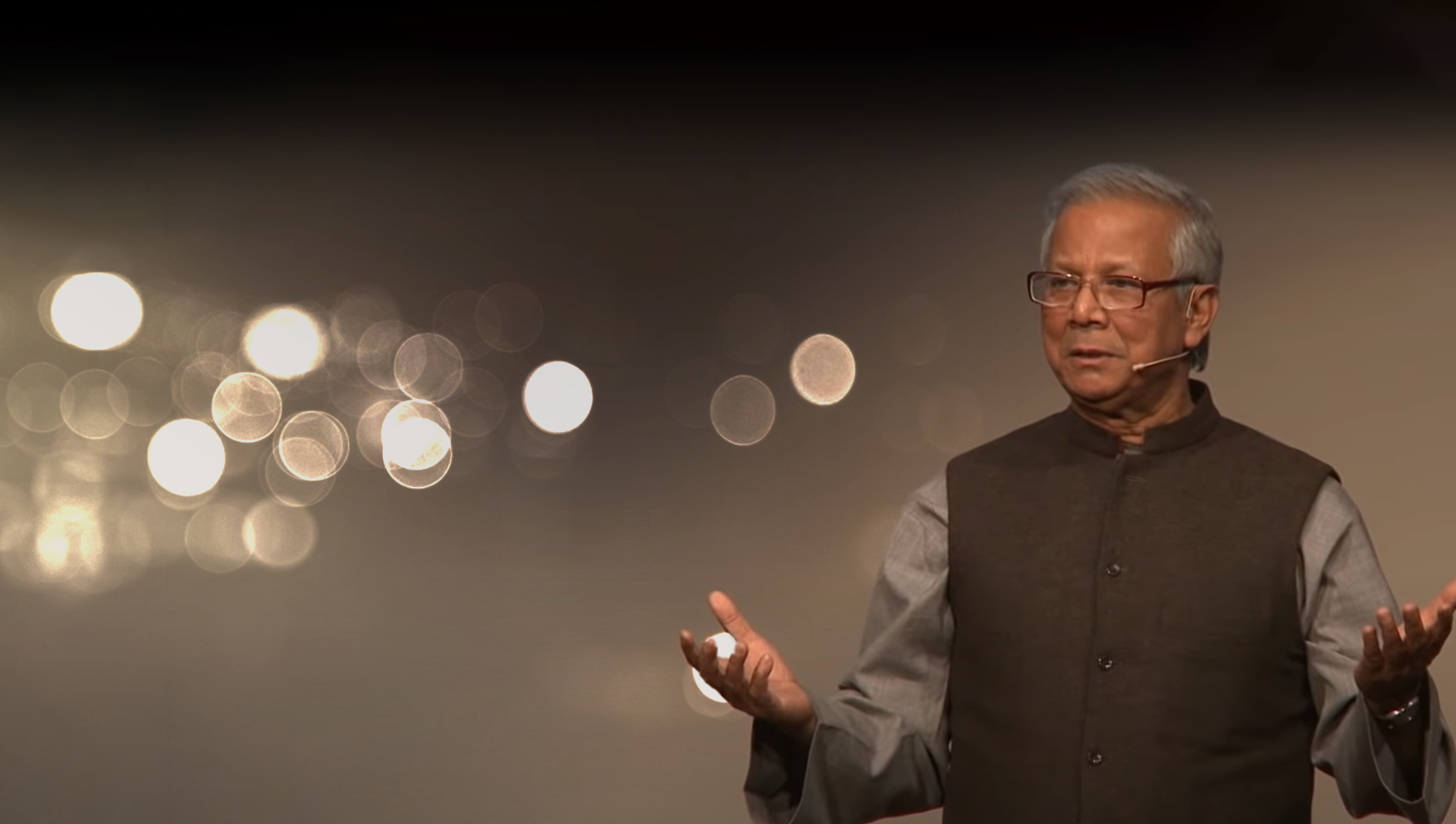 “Human being is a fighter, human being is a creator.” This is the motto with which Professor Muhammad Yunus established Grameen Bank, translated to “Village” Bank, in 1983 in Bangladesh. His vision was to help alleviate poverty in Bangladesh by providing microcredits to people from low-income households on terms suitable to them and teaching them sound financial principles, hence creating the concept of “microcredit” all around the world. He saw credit as a fundamental human right, and Grameen Bank has now advanced to the forefront of a rising world movement aimed at eradicating poverty through microlending, with replicas of the bank operating in more than 100 countries.

Who is Muhammad Yunus?

Born in 1940 in Chittagong, Bangladesh, Prof. Yunus is a social entrepreneur, banker, economist and civil society leader. He studied his undergraduate studies at Dhaka University. He later received the Fulbright scholarship to study economics at Vanderbilt, and then proceeded to do his PhD in economics in the same institution in 1969. He later became an assistant professor of economics at Middle Tennessee State University, and then went back to Bangladesh to head the economics department at Chittagong University. Between the years of 1993 to 1995, he was appointed as a member of the International Advisory Group for the Fourth World Conference on Women by the United Nations Secretary General. He has received numerous international awards for his ideas, including the Nobel Peace Prize in 2006 for founding the Grameen Bank.

How did Grameen Bank start?

In 1974, Prof. Yunus began studying the economic aspects of poverty as famine swept through the country, when he became aware that the poor needed access to money to start small businesses. He was looking for ways to help those who were in need rise out of poverty, and the idea came to him when he met a woman selling stools that she had made out of bamboo, as he wrote in his book, Banker to the Poor. The woman was making 2 cents per day, as she had to pay most of her earnings to her supplier. Prof. Yunus decided that if she had a dependable source of credit, she could make her way out of poverty. This was quite impossible for those from low-income households, as traditional moneylenders charged outrageous interests. Hence, Grameen Bank was born in 1983 with the idea of micro loans, when the government made the Grameen Bank Project an independent bank while owning a minority stake.

Yunus learnt how conventional banks went about their business — and then he did the opposite. “I created a bank that was almost the mirror image of the traditional bank. They go to the rich, we go to the poor. They choose cities, we choose remote villages. They focus on men, we focus on women.” The Bangladeshi government owns 3% of the bank’s shares, while 97% are held by female entrepreneurs. Yunus struggled first to get investors on board. Hence he started the project with only 27 dollars as a personal investment and later was a guarantor for the microcredits because no bank was willing to invest otherwise. He began borrowing money from other banks to make loans to the poor. By June 2020, Grameen Bank had granted 30.48 billion dollars’ worth of loans to some of the world’s poorest people.

The Grameen Bank model works by granting a loan to a microenterprise, where repayment starts immediately with frequent payments over the course of a year. The model relies on a group borrowing model, where people from different households are granted loans altogether, so that they can help boost each other up in order to repay the loan. This creates a sense of community, as well as providing a support system for those who had borrowed from the bank. The main aim is for people to start their own businesses, and get their finances going with the help of the microloans.

Prof. Yunus has created the concept of microcredit and microloans through his amazing work throughout the years, earning him numerous awards, including the Nobel Peace Prize. His leading model of banking in microfinancing has been taken to be an example to many around the world, and has helped take major steps towards alleviating poverty all around the globe. Though he has retired recently, his legacy lives through the help provided by the bank model in countless countries.

KBC Keynotes is hosting a Q&A with Muhammad Yunus on Thursday 4th of February at 14:00 GMT. Visit kclbc.com/yunus to register.