Science & Technology
Why is China building the Beidou navigation system?
As nations vie for dominance in the new frontier of space, geopolitics will follow suit.
By Daniel Fang
10 September, 2020 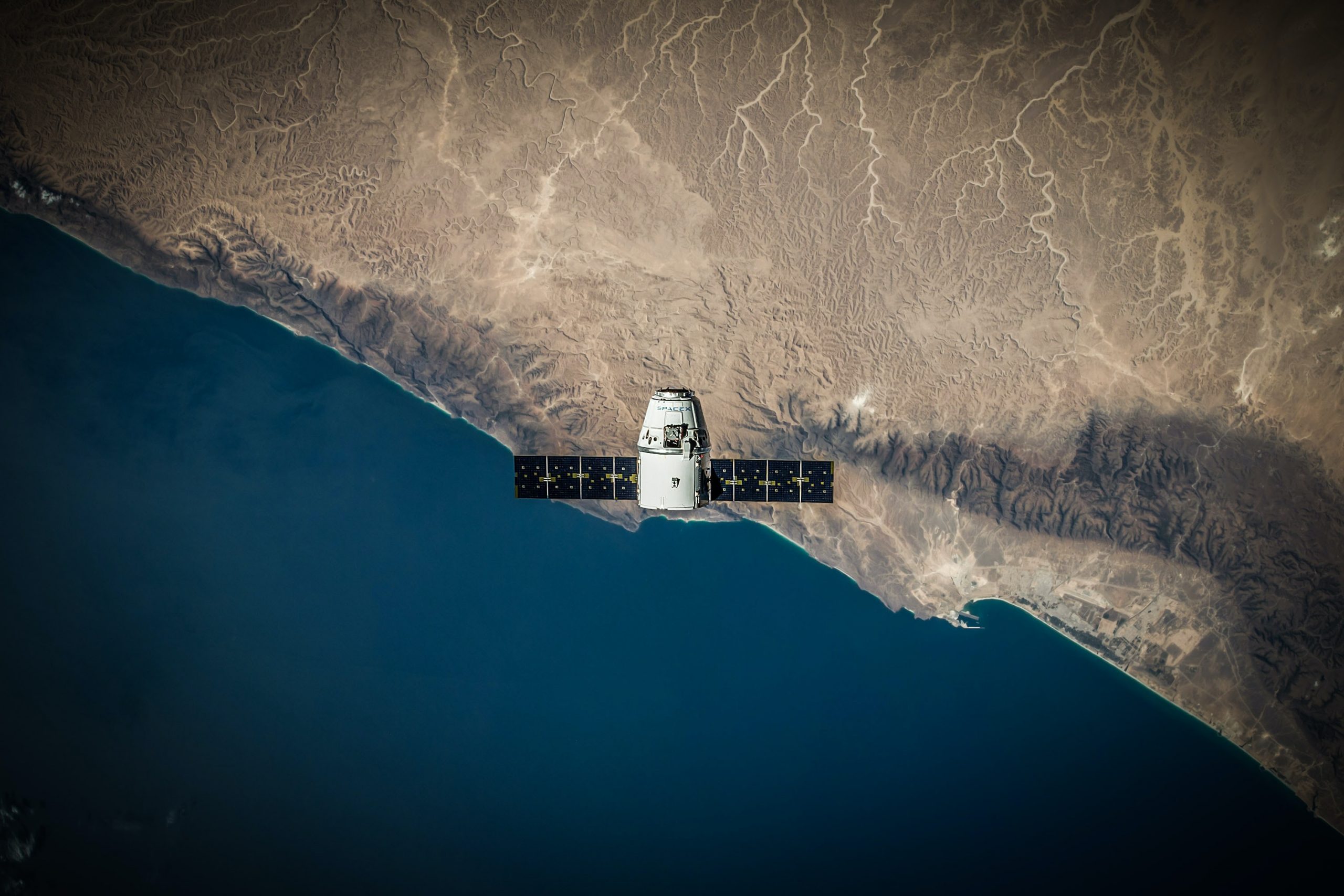 On 30 October 2000, the Long March 3A rocket blasted off from the Xichang Satellite Launch Centre in China’s Sichuan province. The placement of this spaceport amongst the dense shrubbery of the far-flung frontiers of southwestern China was no mere coincidence. In the 1960s, China and the Soviet Union were engaged in a political and ideological standoff as a result of their divergent interpretations and applications of Marxist political economy. This was accompanied by broader geopolitical tensions stoked on by the United States’ policy of engaging with the newly established Communist Chinese government.

With any semblance of trust evaporating between China and the Soviet Union, the Chinese government considered the construction of a spaceport far from the Sino-Soviet border to be of paramount strategic importance. This would supposedly reduce the vulnerability of China’s military and technological assets to bombardment and espionage in the event of a conflict with their northern adversary.

Nevertheless, the successful launch of China’s first satellite into geostationary orbit in 2000 marked a major and (largely) overlooked milestone in achieving the nation’s broader strategic goals. Since then, China has launched 59 satellites with 46 operational satellites forming the Beidou Navigation Satellite System (BDS or 北斗卫星导航系统). Named after the seven Northern Dipper stars of the Ursa Major constellation, the final piece of the ‘Beidou puzzle’ was completed in June 2020 when Beidou became fully operational with the launch of Beidou-3 G3. The completion of this satellite constellation would make Beidou the world’s third operational global navigation satellite system (GNSS) after America’s well-known Global Positioning System (GPS) and Russia’s Global Navigation Satellite System (GLONASS). The European Union’s Galileo satellite constellation is expected to be complete by the end of 2020, and India’s NavIC currently covers all of India and a large perimeter surrounding it.

One may naturally question why such a system would be needed if there are existing equivalents, including GPS and GLONASS. According to the chief architect of Beidou, Yang Changfeng, “the satellite-based augmentation system of the BDS [Beidou] will provide high-precision and high-integrity services to users with meter, decimeter and centimetre-level real-time positioning”. From an economic perspective, Beidou possesses extensive commercial applications in the transportation, electricity generation, fishery, mineral resources and agricultural industries. This satellite technology could then be used to produce satellite imagery with an accuracy down to several centimetres in parts of China (1 metre across China, 10 metres worldwide) – higher accuracy than GPS.

For example, Beidou’s precise satellite imagery is used by Beijing Gas Group. Applications of satellite imagery include it being used in the construction of gas pipelines, detecting potential leaks, emergency repairs, and the management of the Chinese capital’s 20,000 km-long gas pipeline. Broadly speaking, China wishes to export Beidou as an alternative to GPS. This would place it at the heart of future technological developments; setting industry standards, whether it be in 5G, telecommunications, autonomous vehicles, and other high technologies. The promotion of Beidou would run parallel to the Belt and Road Initiative which can be likened to China’s own ‘Marshall Plan’ (America’s post-war financing program for Europe to extend its economic and political influence in the region).

As for the BDS’s implications for politics and military intrigue, China plays the awkward role of an emerging superpower with a system of governance and ideological compass that is diametrically opposed to that of the extant superpower – the United States. As such, given both nations’ increasingly confrontational methods of engagement, particularly in potential flashpoints of military conflict such as the South China Sea, military and strategic interests reign supreme.

The Chinese government’s worries over the predominance of the United States’ GPS can be traced back to 1996. In that year, China conducted a series of missile tests in the waters surrounding Taiwan – a self-governing island that China considers to be a renegade province. The first missile landed close to the island’s Keelung military base, but two other missiles mysteriously disappeared. The People’s Liberation Army (PLA) therefore concluded that the United States had disrupted GPS signals in the Pacific (which China was reliant on, and using at that time). This realisation spurred the PLA to develop a native GNSS to root out any technological dependence on the United States. In that same year, the development of Beidou began along with the establishment of the brand new PLA Rocket Force.

Interestingly, this fear was also shared by the European Union and India. The United States’ ability to deliberately utilise ‘selective availability’ to deny accurate position information via GPS became a point of anxiety for the European Union. It argued that key infrastructure and aeronautical industries should not rely on a foreign GNSS with the potential for outright denial of access. Likewise, India’s dependence on GPS during the Kargil War with Pakistan likely became an impetus for it to develop its own native GNSS.

With the stated benefits of higher precision imagery, faster internet and technological performance, there are significant incentives for countries to sign up. With the aforementioned Belt and Road Initiative having already been manifested physically through completed railways and ports, China wishes to expand its technological dominance through the BDS. Countries such as Indonesia, Russia and Thailand have begun utilising services provided by Beidou. According to Beidou spokesperson Ran Chengqi, the subsidiary products of Beidou have already been purchased and used across more than 120 countries and regions.

To the United States, the growing list of patrons for Beidou and other Chinese technologies including 5G telecommunications infrastructure presents a latent threat (note that there has been recent pushback over security concerns in some countries). As China attempts to increase global reliance on its technologies and services, the United States’ influence in the technological frontier will begin to wane. With countries such as Pakistan and Cambodia hesitant to adopt and become reliant on Western technologies, China’s technological pre-eminence will grow in regions that the West has overlooked.

However, Beidou faces several challenges in expanding and maintaining its global reach. First, existing security concerns may jeopardise the adoption of its associated technologies and services. In recent months, countries in security alliances such as the Five Eyes have phased out the use of 5G technologies provided by Huawei. This comes after increased pressure from the United States on countries such as the United Kingdom to remove Huawei 5G infrastructure with the perceived threat of information extraction and data collection at the request of the Chinese government. Naturally, such concerns would also extend to Beidou as a technology that is deeply integrated with personal vehicles, mobile devices and more.

The completion of a native GNSS also greatly amplifies China’s military capabilities. The Chinese military will have greater confidence in its use of guided missiles and bombard targets, as it need not fear the United State’s application of selective availability for GPS. Likewise, Chinese missile precision will significantly improve with satellite geolocation, lending a significant advantage to China in the event of a confrontation with the United States.

With the attainment of this technological feat, the Chinese government faces both opportunities and threats as presented by Beidou. On the one hand, the lucrativeness of the commercial applications of Beidou and the extension of China’s technological footprint across Asia, Europe, Africa and Latin America will gradually shift the world’s reliance on Western technologies. At the same time, increasing hostility and distrust between China and the West may result in pushback and coercive diplomacy to persuade adoptees of Beidou technologies to opt-out. In an increasingly multipolar world, the research, development, and adoption of technology will no longer be an apolitical matter. It is simply too strategically important.

In the coming years, and perhaps decades, the world will likely see an accelerated fracturing of technological adoption between political blocs. Some countries may opt to rely on American technologies, whilst others may turn to China or the European Union. In a strange twist of irony, communications technologies have evolved from tools to facilitate a better-connected world into bargaining chips between competing political blocs. The silver lining may be that increased competition will result in a faster pace of development for cutting edge technologies across the board. The same rule for markets of goods and services also applies to global politics – those who do not want to be thrown into the dustbin of history will necessarily innovate. 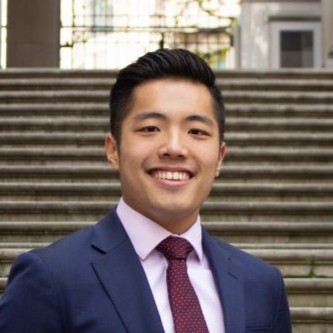