@Kings, Arts & Culture
‘What’s a Rugby Player Supposed to Look Like?’
Rugby players of all sexes, backgrounds and abilities should be celebrated and united through their love of playing. It's simple.
By Ruby Haddad
11 November, 2021 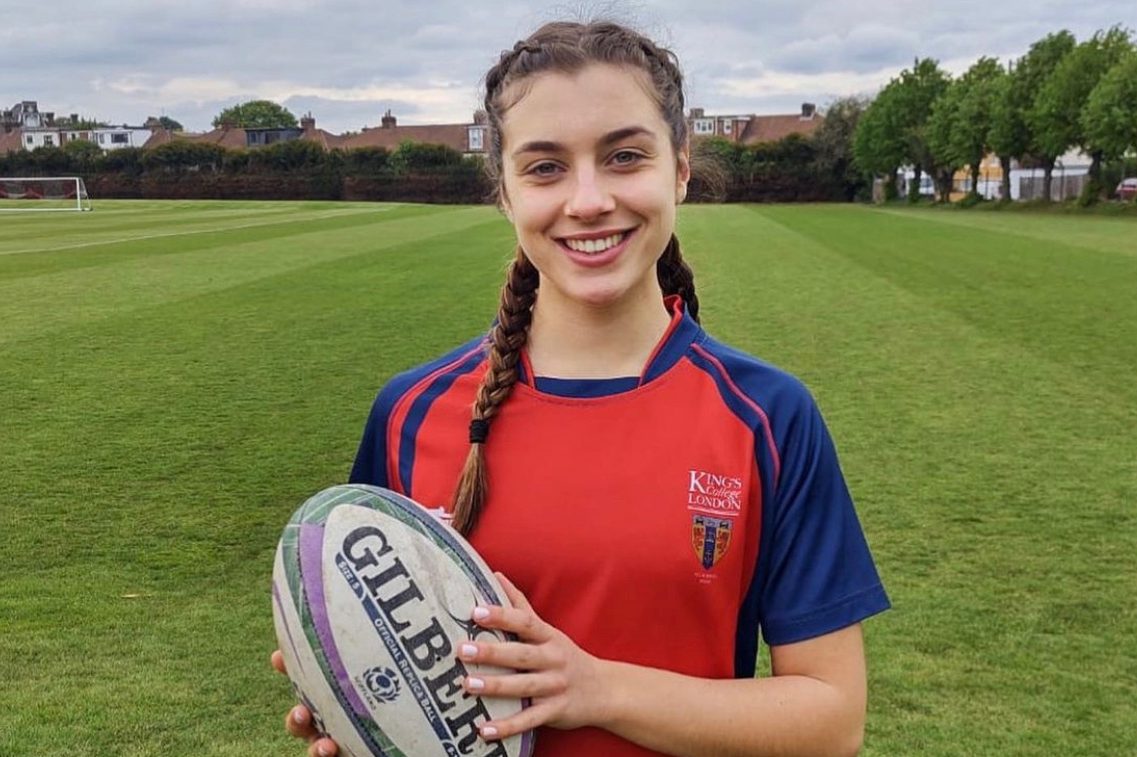 Three years in my rugby club and it is safe to say that I, alongside many of my teammates, have been told this plenty of times by plenty of different people. In the midst of a Wednesday night Guy’s Bar, the snakebite in my hand works its magic as the liquid confidence courses through me. I find my usual retort to be something along the lines of, “Well, what’s a rugby player supposed to look like?”.

Allow me to put on my scrum cap, gain a few Kgs of muscle and base my entire personality around misogyny and pint drinking. Well, that’s if we’re sticking to stereotypes here, of course.

Many people were surprised when I told them I was thinking of joining a Women’s rugby team in freshers and, to be quite honest, I was surprised myself. I knew I wanted to join a team to keep up with fitness and meet new people, but rugby seemed like such an arbitrary choice, like I’d closed my eyes and just picked a sport at random. I knew I wanted to keep my distance from the stereotyped ‘cliquey’ sports (not naming names, but I’m sure you can hazard a guess). I longed for something new and physically demanding and to me, as it happens, that was rugby. The thought of tackles and scrums and try’s excited me and drew me in. It’s safe to say, 3 years down the line, I’m still equally as excited as the keen fresher I was at my very first trial session.

As my final year at King’s races past me, I am constantly reminded how joining rugby was one of the best decisions I could’ve made during my university experience. Playing matches with a team full of some of my best friends is an undeniably eclectic experience. Rugby not only proved my body to be capable of things I had no idea of, but it also taught me resilience and perseverance like no other sport could. Socials, tours, and balls opened me up to the world of teams sports off the pitch and allowed me to form unforgettable friendships and bonds.

Before starting uni,  thanks to my underfunded state school , I never really involved myself in team sports and stuck to solo ones. I think plenty of boys who have been running passing drills since they were out of nappy’s forget that many girls have never been given the means to experience rugby, whether at home or at school. To know the game inside and out takes years of watching, playing, and experiencing; years most girls at uni just haven’t had the opportunity to be involved in. This is not an attack on all boys and men who play. Our neighbouring GKT men’s team are nothing but supportive of our Women’s team, and get involved weekly with our socials and arrange mixed touch practice sessions. To me and many other female rugby players, it’s important to highlight the disparity between girls’ and boys’ rugby interactions before uni, whether on a professional or recreational level.

After being asked this fateful question one too many times, this statement ceases to faze me, and I hope it doesn’t faze any other girl who sets out to start her rugby career during uni. Any shape or size, there will always be somewhere on the pitch where you will fit in. It can be so daunting as a girl to join a new sport wholly dominated by men. Especially given most boys will be playing rugby from young ages at schools where (as previously mentioned) most girls were never even given the opportunity to do so.

Boys, if you’re reading this and wonder how you can make female rugby players feel more represented and welcome within the sport, why not watch a few women’s matches, or refrain from acting surprised when a girl tells you they play rugby, maybe even enter in conversation about the sport with women as you would with fellow males/male players. This isn’t my feminist rant on how misogyny is taking over the sport (see my next article for that…), I’m simply giving you some food for thought.

Rugby players of all sexes, backgrounds and abilities should be celebrated and united through their love of playing. It’s simple.