My new pal Luis has paused to give me a tasting tour of vermouths, trying to explain why he thinks my drink needed less than I might have used. Mr Fogg’s Residence, in London’s Mayfair, is a festival of unparalleled kitsch, meant to evoke the times of the eponymous character in “Around the World in Eighty Days”. Trophies and trinkets, pelts and flags, even a bit of stripey hot-air balloon festoon the wood-panelled walls of what would otherwise be an austere drinking den. But don’t be fooled by the whimsy. Look past the rotating, dial-a-drink menu: these bartenders are serious about cocktails. And Luis wants me to understand his thinking.

I’ve asked for a Vieux Carré, part of—and for my money one of the reigning champions of—a variegated family of “equal-parts” drinks. These mix identical measures of three or (perhaps you should sit down) four liquors. Follow the family tree and you’ll find, say, a Negroni and a bunch of delightful variations thereon.

In a Vieux Carré, the equal parts are of rye whiskey, cognac and sweet vermouth. Some call it a variant of the Manhattan. That’s like saying a Porsche 356 is a variant of the Model A. In fact, it’s an evolution of the Saratoga, an equal-parts blend of whiskey, brandy and vermouth with a dash of Angostura bitters that first appeared in Jerry Thomas’s 1887 “Bartender’s Guide” (not the 1862 ur-text of the same name, widely taken to be the first cocktail book; the intervening quarter-century featured quite a lot of innovation, and the creeping influence of vermouth, that brought us much closer to modern cocktails).

In 1938 Walter Bergeron, head bartender of the lounge within Hotel Monteleone, in the French Quarter of New Orleans, dressed up the Saratoga to make the Vieux Carré, his homage to the quaint olde-worldey charms of the neighbourhood’s central square. The revolving cocktail bar that the lounge is now famed for, perennially packed with tourists and sozzled daytime-drinking locals, came only later. Funny that a round bar should be the attraction, rather than a drink named after a square—but not as funny as the idea that committed cocktail-quaffers want to go ’round the bar in 15 minutes, over and over.

I’d prefer fewer pelts, and to remain decidedly stationary, so I head home for another.

Some recipes call for bourbon in place of the rye. Ignore them. I use 20mL (2/3oz) of High West Double Rye, a blend of young and well-aged ryes that really stands up in a multifarious drink like this. Then the same measure of cognac. Don’t skimp, but don’t bring out the crystal-bottle stuff, either; I use Château de Montifaud VSOP, but trust your local purveyor. As for the 20mL of vermouth, I can be a bit more prescriptive: use Carpano’s Antica Formula. Then a bar-spoon of Benedictine (5ml for metric types, and lovers of precision) and just one, loving dash each of Angostura and Peychaud’s bitters. This is where Luis and I diverge: he used less vermouth and made up for the absent bitterness by bumping up the Peychaud’s count. Equal parts, I say!

Stir, just a little longer than you think is necessary. Lots of recipes call for it to be served on the rocks in an Old-Fashioned glass; I think this is one that needs to ride unhindered in its vessel and to risk no dilution on the off chance you don’t finish it swiftly. So strain it into a coupe. Garnish with a lemon twist, but not before you run the just-twisted rind around the glass’s rim. Here’s to you, Luis. 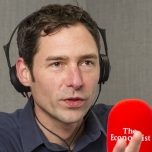