Science & Technology
The Surprising Role of Pineapples in Cancer Treatment Research
When people think of pineapples, the first thing that the majority think of is a piña colada or a controversial pizza topping. Surprisingly, pineapples are much more diverse than that and have become a vital part of cancer research.
By Kanna Kodama
06 November, 2021

When people think of pineapples, the first thing that the majority think of is a piña colada or a  controversial pizza topping. Surprisingly, pineapples are much more diverse than that and have become a vital part of the field of extensive cancer treatment research.

Bromelains are a group of proteolytic enzymes that are derived as crude aqueous extracts from the Ananas comosus, more commonly known as the fruit pineapple. Chemically, 95% of bromelain is a mixture of various proteases (protein degrading enzymes).  The remaining 5% composition of bromelain is still slightly ambiguous but includes non-protease components such as phosphatases and glucosidases (enzymes that remove phosphorus or break down glucose-like sugars). The stem and the fruit of the pineapple are the main contributors and provide the proteases forming bromelain.

The preparation of bromelain includes serval steps. Firstly, the cool pineapple juice must be centrifuged. The is followed by ultrafiltration and lyophilisation to yield the final yellow powdered bromelain. Interestingly, bromelain in an aqueous solution self digests itself. Therefore, to tackle this problem, α2-macroglobulin in a serum form is added. In this way, the self-digestion of bromelain is prevented.

Bromelain can maintain its biological ability while getting absorbed in the human intestine as it avoids degradation. It is believed that sodium bicarbonate, the antacid, is responsible for the maintenance of bromelain’s proteolytic activity. As a therapeutic, bromelain’s oral efficacy is high. Those taking bromelain experience little to no unwanted side effects and it’s, therefore, attractive as a treatment course for diseases such as cancer.

Inflammation is highly associated with the development and progression of cancers by involving itself in cancer-promoting processes such as proliferation and metastasis. It is therefore believed that preventing this inflammation is a potential course of cancer treatment. Cyclooxygenase-2 or Cox2 plays a key role in the inflammation that is associated with cancers. Prostaglandin E2 or PGE2 is favourable for cancer progression as it has immunosuppressant capabilities. PGE2 is formed by Cox2 from Arachidonic acid. Cox2 is a gene target, and through the NFkB inflammatory pathway, it interacts with and stimulates Cox2, to kick start the process of PGE2 formation. Considering this, it is thought that by disrupting this pathway at some point, inflammation can be reduced, and therefore allow cancer progression to be delayed, reduced or halted. Experimentation using mouse papillomas provided strong evidence that the disruption of this pathway was possible. When bromelain was introduced in this experiment, both NF-kB and Cox2 were downregulated. Similar results were observed when this experiment was carried out in human monocytic leukaemia cell lines.

CD44 is a surface marker that is found on the surface of cancer cells and plays a direct role in metastasis. To prevent the accumulation of CD44 when it’s soluble, thereby allowing it into circulation, bromelain can be deployed. By doing this, CD44 is degraded, and bromelain’s anti-cancer effect can be seen.

It has also been suggested that bromelain has the ability to induce apoptosis (cell suicide). Bax and p53 are both activators of apoptosis in mouse papillomas. Bromelain promoted the expression of these activators and therefore, encouraged apoptosis of cancer cells. Thus, bromelain holds great promise in the field of cancer research, with many potentially beneficial properties. Bromelain has evolved from only being known for its involvement in folk medicine in the 17th century to a rising and widely accepted phytotherapeutic agent and potential treatment course for cancer. There is still much to be discovered about bromelain’s molecular mechanism and biochemical structure. However, with the knowledge gained from past research, combined with ongoing research, there are high expectations for the use of bromelain as a treatment method for cancer. 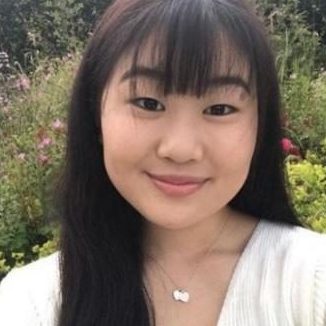