@Kings
How the Pandemic Helped Women in Pakistan Find Empowerment
Not only a story of ingenuity but one of hope, Anaum reveals how her organisation, ‘Mai Foundation’, mobilises women to help women; find freedom, autonomy and financial independence.
By Janhavi Modak
23 April, 2021 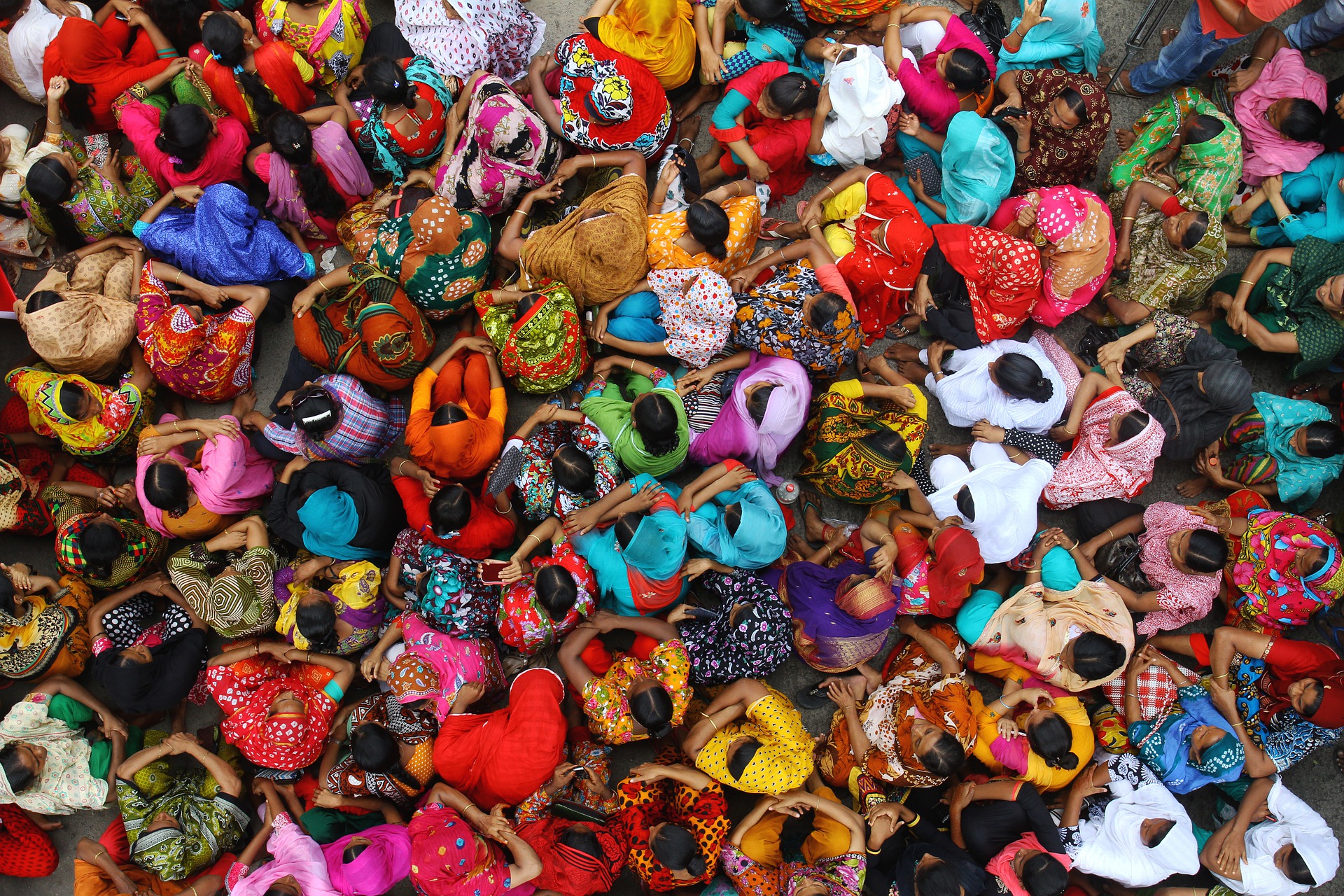 For most of us, the pandemic has left us with a sense of instability, grief or even isolation. A feeling permeated beyond borders; a silver lining is difficult to find in a time marked by so much loss. However, for King’s student, Anaum Rasool Baloch, the pandemic allowed her to conceive of a unique opportunity to tackle her nation’s social issues head-on. Not only a story of ingenuity but one of hope, Anaum revealed how her organisation, ‘Mai Foundation’, mobilised women to help women; find freedom, autonomy and financial independence.

When I asked Anaum, 21, about her background to better understand her foray into humanitarian work, she spoke about the ‘patriarchal society’ and how she may have noticed it more ‘as a woman than any man might have’. Although always treated equally as a daughter, her ‘conservative family’ sometimes clashed with her ‘liberal beliefs’. Her father being the chief of the tribe, meant that she was able to notice closely the issues that faced her community, how often ‘women may have been conditioned’ to protect a system that sometimes failed them and ‘the fear of others judgement that led to scrutiny and pressure for them’.

She went on to explain the role of the economic divide and how often ‘limited finances and resources were more likely to be spent on men, due to them being perceived as future breadwinners’.

The economic times featured a study in Dec 2020, that found between 60% to 70% of Pakistani women to suffer a form of abuse and reported an estimated 5000 annual deaths caused by domestic violence. Anaum, elaborating on this, brought up the ‘private vs. public debate’ and that ‘the issues women face may be seen as a private matter- to be not openly spoken of’. Furthermore, she highlighted the few options that exist for them. ‘Afraid to speak up in fear of further psychological or physical abuse’, many feel that even if they do ‘they may be kicked out of their home’. Leaving also may not be an option ‘as being married off often means that returning or divorce comes attached with social stigma’. And ‘working for yourself, can sometimes lead to accusations of being selfish’.

However, Anaum did go on to say that with the advent of social media ‘divorce is becoming increasingly normalised’ as ‘mainstream media increasingly portrays a shifting dynamic with divorced women taking charge of their own life, yet more rural communities are slower to witness change’.

When probed about what inspired Anaum to plant the seeds for this project she relayed her sentiment: due to her father’s influence, during covid, ‘many women called to speak about their frustration, emblematic of the rise in domestic and spousal violence during the pandemic. I could understand the emotion, of wondering: am I not human? Do I not have dreams too? Do I not have the right to live them?’

I was especially curious about knowing if there was a pivotal moment or a story that had truly touched her on a personal level. Anaum revealed, ‘there was a woman who was close to our family for a long time, and she used to take care of me as a child. When she had to return to her village to get married at a young age, her father had taken out many loans to be able to pay off her dowry. Despite dowry being banned now in Pakistan, at the time it was still a necessity to be accounted for. However, after marriage, increasing and unmet demands led to threats which turned into repeated violence. Despite not having her phone, she was able to use her husband and make a discreet call to me. Relaying how she had been burnt and beaten, I felt enough was enough. Along with my father, we visited the family, and my father used his authority to severely scold the family and husband. By collecting the funds necessary, we sent her a sewing machine and embroidery frames, an artform she was talented in. Today she is making her own income and saving up to separate from him. We are still in touch’.

We then continued to talk about how project Taqdeer evolved from its nascent stage. ‘In the beginning, we started with a Facebook platform and online form, so that women could report their concerns and we could aid them. However, we ran into roadblocks as many women didn’t have access to the internet or social media’ she said.

‘We then shifted to using local contacts through my father and spreading the word. Even if there was no abuse, we still wanted to help all women gain financial independence. It was difficult to organise due to Covid and the materials we wanted to share were difficult to translate to all the languages we needed, like Sindhi and Urdu. We had guides to help the women with detailed advice and training, but in the end, could only really help 3 women so we decided to create a model we could scale to a larger level’ she continued.

This is where an unfortunate consequence of Covid became the greatest asset to organizing the team. Anaum explains: ‘I had an idea to create delegations. There were many female teachers out of work due to Covid. Yet they were educated, proficient and had access to the internet. I realised we could put them in touch with a business trainer in the US, that could continue to train them. Today we have two teams that recruit women and guide them. Currently, we are thinking of going bigger and are in the process of talking to an NGO in the US called the Daya Foundation. Once we begin collaboration with them, we want to introduce incentives for our trainers’.

Pakistan passed a historic transgender bill in May of 2018, that allowed for its transgender nationals to receive the basic right to be recognized by the government and receive passports/IDs. When asked about the future of Taqdeer, this is the issue that struck a chord with Anaum. ‘I want to increase my reach and continue to help even the trans community in Pakistan. They are highly marginalised and until recently didn’t even have an id card.’ Despite the government’s attempt to silence dissent and feign amity, the estimated transgender population of 500,000 continues to face persecution and attacks. ‘I want to increase inclusivity and employment. I have already helped one trans woman open a successful store and start her business, but I want to create momentum for wider change’ Anaum concludes.

For this article, Anaum kindly asked one of the many women she helped, to share their story. Her words of survival, resilience, and refusal to relent in the face of adversity, are the ones that ring the truest in completing this story.

(translation from Sindhi to English)

‘The little bit of Urdu and English language I can read is because your mother helped us whenever your family used to visit us in the village. Then I got married off at a very young age, only to find out that my husband was abusive. Since I have no other escape and my parents will not let me live with them, I thought if I started earning on my own, I can think of living a life without this man.

In our village, once you marry your daughter, she lives and dies in her husband’s house, no matter what goes on with her there, if she comes back home, it is a shame on the father and the entire family and she becomes the talk of the town

I don’t even know how to thank you for bringing new hope into my life. I never knew that an uneducated girl, like myself, would be able to understand so much about running a business, that too with the kind of husband that I am married to. My mother had taught me embroidery and stitching but I would only do it for myself or my friends, for free. Because of Project Taqdeer, I learnt how to use my skills to earn for myself, by selling the clothes that I design to the market. I have become so invested in the work that I have stopped being sad over my relationship with my husband, I choose to focus more on my livelihood than on his jeers. I have never felt this strong and happy in my life.

As soon as I save up enough to be able to survive on my own, not need my husbands or parents to take care of me, I will leave my husband and live a life independently. I want to come to the city and open my own boutique one day, you will see Anaum baji, it will be so massive and nice, you will only end up buying from me’. 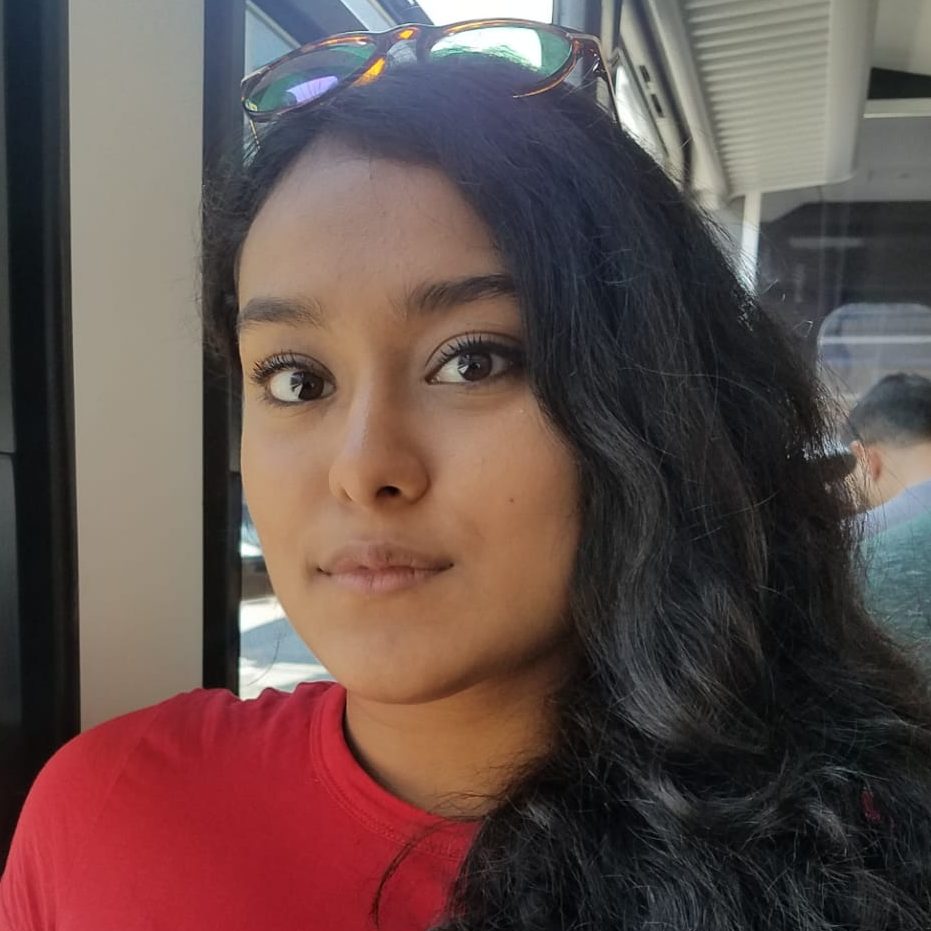