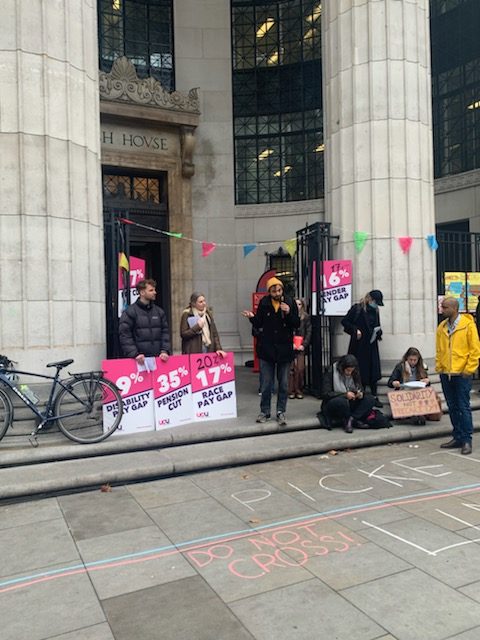 We are in the midst of yet another strike period, and many students are understandably lamenting over losing out on even more contact hours when it feels like we’ve only just got back to campus. Students should not be forgotten about as the strike takes a toll on our education. However frustrating they may be, anger shouldn’t be directed toward the strikes themselves, but instead to the conditions that make them necessary. The UCU has called the strikes “a fight for the future of higher education”- and that means ours too. It is the same system that fails to support us in so many ways that this industrial action is protesting. If you want to see change, the best thing you can do is support the strike. To do this, it’s so important that we properly understand what’s going on, and what better way than to ask staff directly?

What follows is an interview with a member of the KCL UCU executive committee, who kindly offered these extensive and enlightening statements about the current strike action.

What does the upcoming strike mean for you?

It means a lot. The mainstream narrative in the media is that staff are going on strike against their students. Students are being told that their teachers are going on strike because they are selfish and they don’t care about students and their education. This is categorically untrue. Staff care deeply about our students and their education, and we are actually going on strike precisely with our students in mind. It is a sacrifice for us – KCL cuts our pay for every day we are on strike, so we are giving up a part of our salary. But we know that the marketisation of UK higher education has penalised both staff and students in similar ways. And we know that we both deserve better.

Most of us going on strike oppose the extortionate fees students are forced to pay and we want a free and open education for everyone. And for students to have a quality education, with proper intellectual mentorship, we want universities to invest in their teachers. Teaching staff have in no way benefited from the higher fees paid by students since 2010: while student fees soared to unsustainable levels, staff pay has seen 20% cuts in real teams in the same period. The percentage of money that universities are investing towards staff is steadily decreasing, even though universities are increasing their income. Meanwhile, the pay of principals, vice-chancellors and senior management has increased: the KCL principal now earns nearly 400k a year, which is ten times the salary of a new lecturer, and a hundred times the salary of a graduate teaching assistant (GTA). This means that money is taken from students, but not to finance their education: it is used to finance the business-side of universities, which the students don’t benefit from.

The strike is the chance for us to come together and imagine a different future – for all workers, all students and society at large. If we don’t stop the marketisation of education now, the neoliberal university will just keep reproducing the same structural inequalities: already the attainment gap among students is reflected in the gender and racial pay gaps among staff. For me going on strike means fighting against all these inequalities and the human suffering they cause.

What does it mean to have the support of students?

For me the support of students is fundamental, because, ultimately, much of what inspires the strike is the belief that students deserve a better education system, and more broadly that young people deserve a better future. The strike is for a more equal, inclusive, fair and educational system, but also a more equal, inclusive and fair society at large. I don’t want my students to graduate with crushing levels of student debt, and I don’t want them to end up in a job in which they are pressurised, overworked, underpaid, denied benefits and denied a liveable pension. Student support for the strike is important because defending workers’ rights today will make it easier to keep defending workers’ rights in the future, and the students of today will be the workers of tomorrow (many are forced to work already while they study, so they know how insecure the job market currently is).

What do you think is the most important thing for students to understand about the current industrial action.

In my ten years teaching in the UK higher education system, I have witnessed how students feel increasingly alienated and disempowered by neoliberal education. This is the opposite of what the university should do. Ideally, the university should give students the tools to be able to self-actualise in life: it should be empowering – challenging yes, but intellectually nurturing and exciting at the same time. Since the 2010 increase in student fees, instead, I see students increasingly suffering from high levels of anxiety and impostor’s syndrome, trapped as they are in a rigid bureaucracy that regulates their learning through strict rules and form upon form to fill. The result is a stifling shift from a qualitative to a quantitative educational experience: the anxiety for good marks is replacing the joy of learning and the nourishing of individual creativity and curiosity. The university should be a time of personal growth, instead for many students getting treated as customers has a completely dehumanising effect.

The same is true for staff. I find students are for the most part genuinely not aware of the working conditions of their teachers. Mainstream media tend to portray academic jobs as cushy: only few hours a week of teaching, the summer off, getting paid to think and read books. Instead, academics are, like students, also crippled by anxiety, impostor’s syndrome, and a bureaucratic system in which they, too, are constantly evaluated according to quantitative metrics. The content of what you teach, the topics that you research are not that important in UK higher education anymore: staff are just expected to churn out new courses one after the other, churn out new publications one after the other, and they are left with no time to build an intellectual project around their disciplines. Our publications, like student essays, are also marked and assessed through a system of stars and numbers as part of the UK Research Excellence Framework. There is no time to read books, talk about each other’s research, or think. The junior teaching staff live in the utmost precarity and are often paid less than they would be paid if they worked in a café. Burnout is so frequent it has been completely normalised. Even staff on permanent contracts often go from paycheck to paycheck, and cannot afford going on holiday, let alone a mortgage. And yet they often work 60-70 hours a week, including evenings and weekends.

This is why UCU tells students that “our teaching conditions are your learning conditions”: both students and teachers have been penalised by the same neoliberal restructuring of the university system. Just like other sectors of the economy, under neoliberalism workers and students are getting poorer and poorer, and managers and administrators are getting richer and richer.

In light of the Police Crime and Sentencing Bill putting everyone’s right to protest more in jeopardy than ever, it is prescient to support the efforts of King’s staff. What can you do? To start with, don’t just refuse to cross the picket line, but perhaps show your support by joining it. Broaden your understanding of the effects of neoliberalism and marketisation on higher education, and inform those around you. And on March 2nd join the student ‘Walk Out’, where we ourselves can take action to defend our right to a fruitful and functioning university experience.

(What the UCU says about the current strike action)

(An open letter to officiate your solidarity) 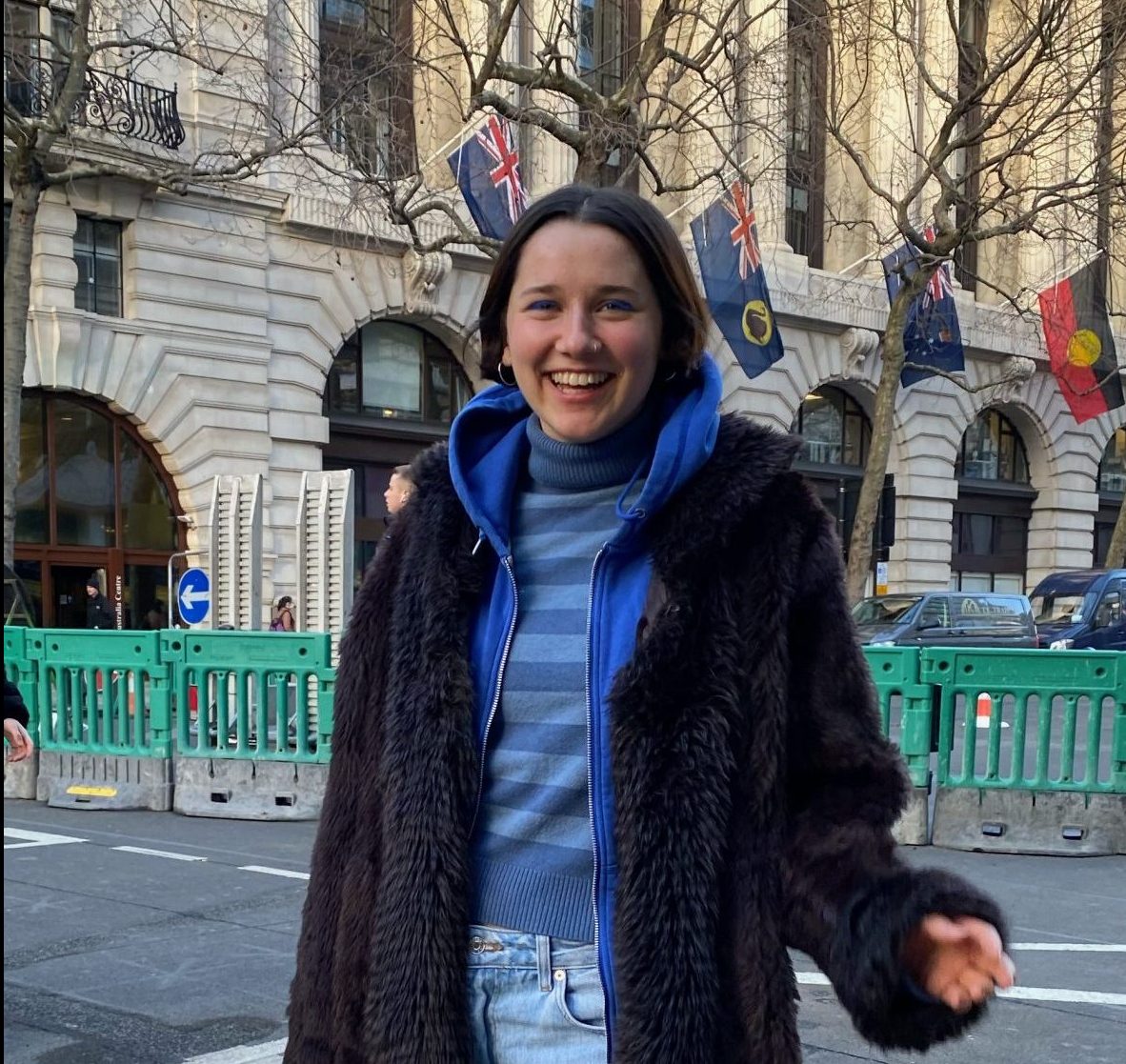