Arts & Culture, Politics
Opinion: Nine Elms Nightmare – A Case Study of Disastrous Urban Regeneration
It is becoming increasingly apparent that Nine Elms is not just architecturally underwhelming at best, but a complete disaster of urban regeneration in which most parties are losing out.
By Frank Hearnshaw
04 February, 2022

As I look up, I am surrounded by a concentration of newly and partly finished tower blocks. There’s certainly variety; some are clad in bizarre faux redbrick 50 storeys high, others form generic cuboids of sheets of glass and metal, and there’s even a pool suspended between two of them. Nonetheless, from whichever direction you look at Nine Elms’ £15bn regeneration, it is almost entirely painfully ugly, largely unaffordable, and for the most part, unoccupied.

Despite its proximity to the regency grandeur of Pimlico and stateliness of Westminster, Nine Elms has never been a particularly desirable part of London. Once marshland, it became an industrial hub in the mid-19th century. By the 1950s however the area was a study of urban decline – economically stagnant brownfield with idle railway sheds and disused gasholders scattering the 600-acre plot.

By the mid-70s, Wandsworth Council finally recognised the need to redevelop the wasted land just 30 minutes’ walk from the heart of Westminster, but it wasn’t until 2012 that the regeneration begun. Since then, an extensive array of residential and office buildings, as well as restaurants and other leisure facilities, have begun construction. The US embassy relocated from Grosvenor Square to Nine Elms in 2017 to the tune of $1bn, the most expensive embassy ever built, complete with a moat and hospital ward, and the new Nine Elms tube station on the northern line extension opened in September 2021.

According to Wandsworth council, Nine Elms will be home to over 30,000 people by the end of this decade, as well as 25,000 permanent jobs . Boris Johnson, then mayor of London, praised the plans for Nine Elms in 2012, calling it “the greatest transformational story in the world’s greatest city.”

However, Europe’s largest and most promising urban regeneration project is unravelling at an unsettling rate, providing a perfect case study in what not to do.

Nine Elms was originally designated as one of London’s “opportunity areas” in 2004 by socialist mayor Ken Livingstone, along with other areas like Elephant and Castle and Greenwich Peninsula. These neglected areas were to be redeveloped with green space and affordable housing in mind, but investors shied away, sceptical of the area’s profitability.

By 2008 Boris Johnson had taken over as Mayor, and by 2012 David Cameron’s conservative-led coalition was in power. Profit and viability became the new priority for the redevelopment, and Nine Elms was deregulated into a developer free-for-all with affordable housing quotas falling to 18% or below and international developers flooding in.

What has emerged in Nine Elms is a dystopian and largely segregated community. Residents of the affordable housing must use separate ‘poor door’ entrances to their wealthy neighbours and have complained of a host of issues including broken plumbing, poor finishing, and extortionate monopolistic energy contracts (visit @real_embassygardens and @ballymorehell on Instagram to see for yourselves).

But that’s just the start of the problem. Take for instance Thames City, a 3-billion-pound complex of 300 luxury apartments in the heart of Nine Elms, set to be completed in 2023. In the two years since pre-sales began only a third of apartments have sold, half of which have reportedly been bought by friends or employees of its Chinese Developer R&F. The developer itself is embroiled in the crumbling Chinese property market which in recent months has seen enormous companies like Evergrande reach the brink of complete collapse. Last year R&F was forced to borrow £750m from its chairman and CEO in order to make ends meet. At present it seems unclear whether the developer will complete its ongoing projects at Nine Elms, which they had originally bought from another struggling Chinese developer, Dalian Wanda, four years ago.

My objection to Nine Elms has been largely cosmetic until now – one can never escape its dreadful presence from wherever you view London’s skyline. But it is becoming increasingly apparent that Nine Elms is not just architecturally underwhelming at best, but a complete disaster of urban regeneration in which most parties are losing out. Developers have been forced to sell-off units in bulk to corporate landlords and speculative investors at discounted rates, only a quarter of which are occupied at present, mainly by short term residents.

Compare Nine Elms to King’s Cross which was similarly dilapidated just 20 years ago. Now the area has been completely transformed with bustling retail spaces, galleries, and parks, and has largely been praised as a hallmark of successful urban regeneration. Moreover, King’s Cross doesn’t feel like a segregated ghost town of rarely occupied luxury housing – affordable housing quotas were 40% for the development, which have in large part been stuck to.

It is unclear where Nine Elms can go from here. At worst, it remains an unattractive and half-finished concrete jungle, forcing authorities to work out how to start anew. At best, Nine Elms should represent a burning case study for how not to regenerate urban areas. I can only hope that similar developments, such as those ongoing at Elephant and castle, do not fall into the same trap. Instead, urban regeneration projects must recognise the importance of local engagement and long-term sustainability. 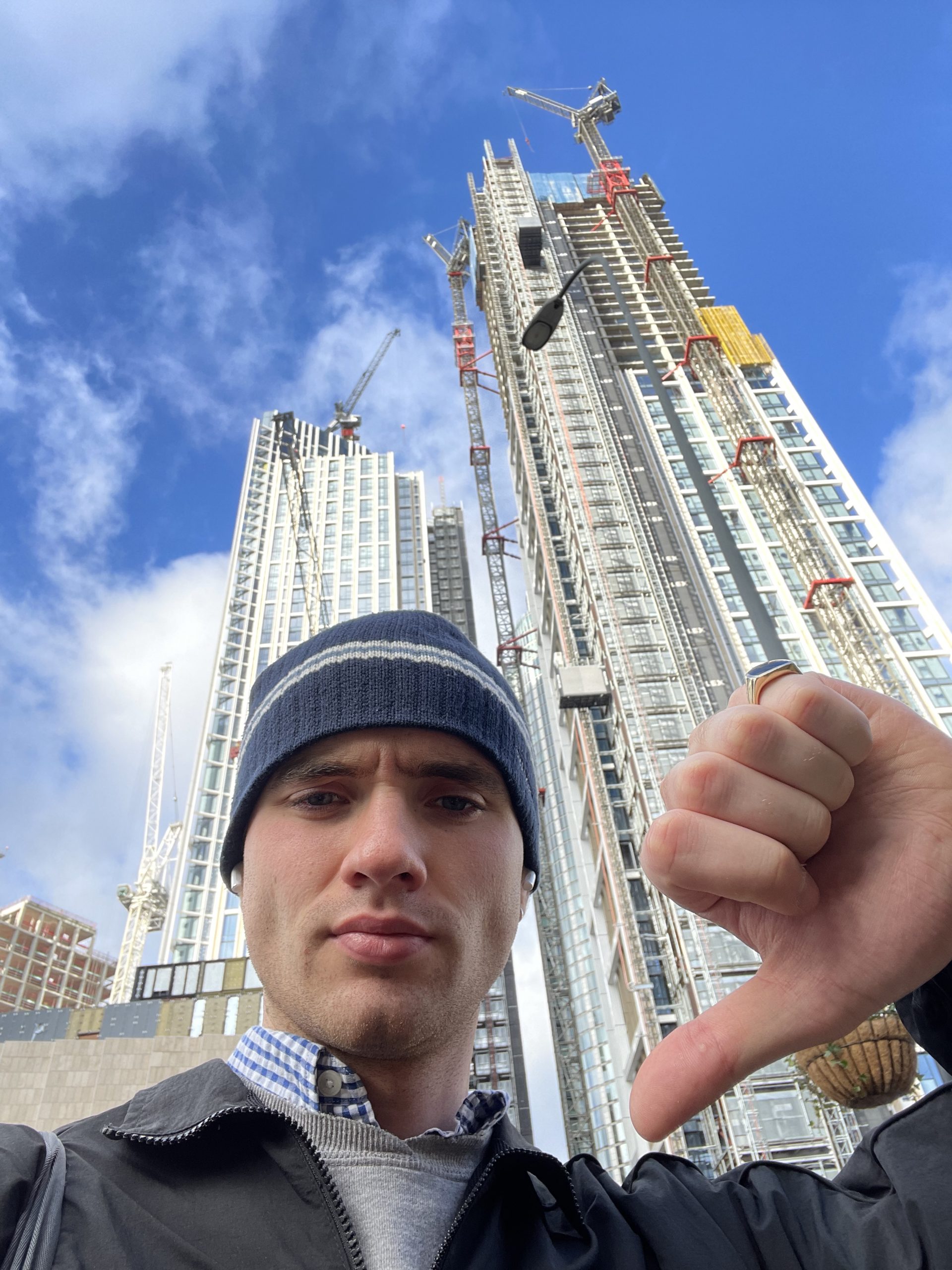