Arts & Culture
Memes as a New Form of Art
The ‘Two Decades of Memes’ exhibition in New York City and Chicago’s Meme Museum have created a safe space for meme creators to display their work as masterpieces. However, despite their efforts, some people are still resistant to label amusing templates as pieces of art.
By Talida Munteanu
18 May, 2021 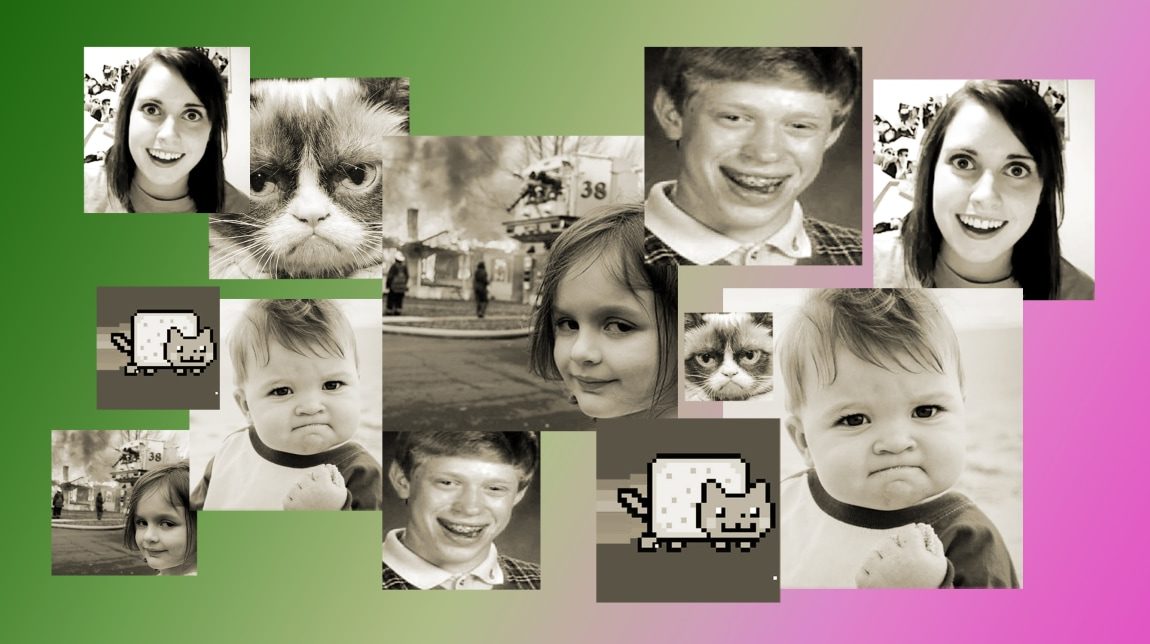 With all sorts of content circulating around the Internet, comic materials seem to catch users’ attention: from ‘funny moments’ YouTube videos or Facebook pages dedicated to jokes and memes, they are extremely popular among users, but minimally investigated as a cultural phenomenon. Recently, meme exhibitions have been deemed by the association of comic materials as art, since they have been displayed in museums as any other painting or sculpture. The ‘Two Decades of Memes’ exhibition in New York City and Chicago’s Meme Museum have created a safe space for meme creators to display their work as masterpieces. However, despite their efforts, some people are still resistant to label amusing templates as pieces of art. Therefore, in this article, I will point out the parallels between art and comic digital content in an attempt to shed light on one of the most ubiquitous phenomena of the digital era.

For the Internet sphere, memes can be defined as videos or images, most of the time accompanied by a text, with a humorous character, meant to illustrate a general truth by entertaining consumers. Among the emblematic memes, one can name the ‘unsettled Tom’ to express confusion or concern, or the ‘expanding brain’ to emphasize the gradual ingenuity of four different ideas. While the templates are reused, the caption has to be original in order to add value to the content. Therefore, a meme generator, which can be found online for free, enables meme producers to customize multiple templates by associating hilarious texts written by themselves with a suitable image. In this regard, meme creators’ activity is put under a question mark – it remains unclear whether it can pass as an artistic act or merely digital content, since it can be apparently manufactured by anyone.

If we look up the word ‘art’, Cambridge Dictionary will define it as ‘the making of objects, images, music, etc. that are beautiful or that express feelings’ or ‘an activity through which people express particular ideas’. Considering the mentioned definitions, memes can effortlessly pass as forms of art – they resemble a comic idea, line, or feeling through a representative image. However, it comes into play the complexity of the act, hence I would classify memes as digital art, creating a clear division between virtual and tactile. While traditional art implies the use of material objects such as canvas and brushes or musical instruments, memes, like any other form of digital art, require only technological tools, but do not exclude visual and linguistic skills. Besides matching the image with an amusing caption and positioning it in the right place, meme creators offer meaning by contextualizing both the image and caption. To extend the discussion, the creation of memes might be more challenging than a free expression painting, as they present limitations: the already given template that should be linked to the suitable punchline. Hence, memes carry complexity not in execution, but in the integration of visuals and concepts.

However, as memes belong to the remix culture, since they enable the reutilisation of materials, their originality is threatened. Mixing fragments of political discourses’ videos for creating a hilarious compilation, or simply utilizing the same template for numerous other jokes, appears to be less authentic and creative than any other form of art. Given the significant difference between the efforts implicated in the process, memes are naturally overlooked when thinking of art creations. Additionally, the ubiquity of memes given by their exposure on social media platforms places them in the popular culture, making a striking contrast with what is known as high values, fine art, or cultural heritage. Therefore, it is uncommon to integrate comic pieces of media in the traditional concept of art, which addresses a specific category.

Another issue of memes is their short lifespan, as they are circulating on the Internet for a specific period, after a certain event, a gaffe, or a memorable performance. Taking for instance the popular memes with Bernie Sander after Joe Biden’s inauguration, we notice an evident decline in their online presence after approximately 4 months, compared to their occurrence in late January 2021. This happens most of the time due to an inevitable saturation and a natural withdrawal from repetition and unauthenticity. However, while classic masterpieces do not have an expiration date as they remain reference points for our art history and culture, digital art does not seem to be more than what we call ‘trends’. Therefore, memes are not expected to be treated as masterpieces since digital art is still developing, trying to find its place in a rather conventional than well-defined space.

On the other hand, memes should receive their credits for the changes produced in marketing as more companies like Netflix or BarkBox , a subscription box that offers toys for dogs, rely on comic content in order to create an unforgettable ad. Moreover, virtual communication and language have been reshaped by humorous images due to the popularisation of neologisms, shortenings, and slang. However, this aspect hinders the classification of memes as art, because, once again, they address folks rather than high culture.

Thus, for the moment, meme creators may probably be seen as bedroom artists or maximum digital artists due to the apparently frivolous nature of their work. Moreover, it is probably too drastic to either accept or dismiss memes as art, since we perceive it differently in the absence of a rigorous distinction between means of content creation and the underdeveloped studies on the Internet’s implication in this process along with a well-rooted belief. However, even though it will take some time for memes to fall within art, they should be by now treated more seriously – they have for sure altered online communication and marketing, imposing a new style and language. 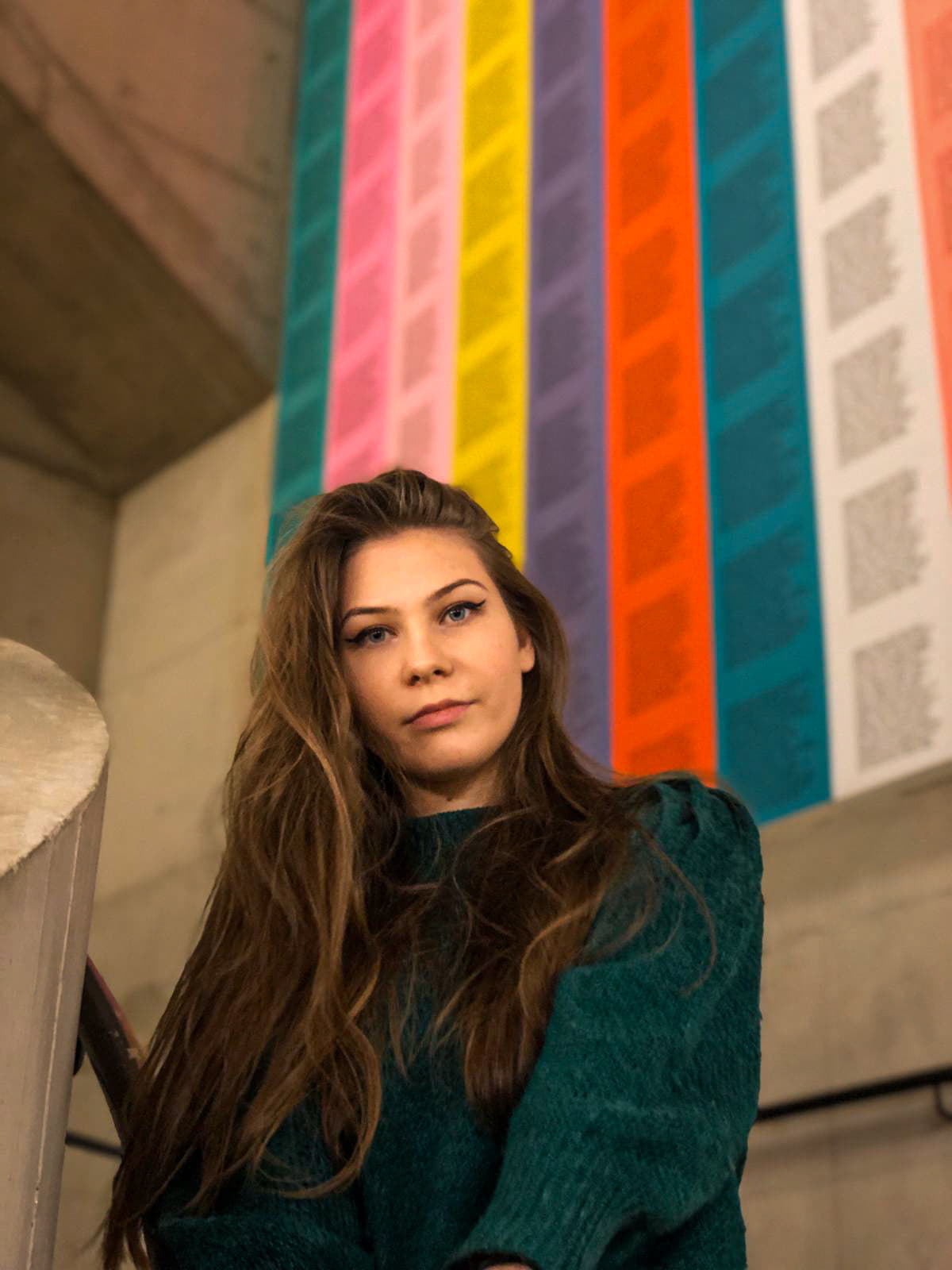