Politics
Is Lithuania Ready To Change for Its Women and LGBTQ+ Community?
The new government has again proposed measures to ensure protection, equality and justice for every individual in Lithuania. However, some have made it their goal to ensure that individuals at risk of discrimination or violence do not receive the needed protection.
By Karolina Saladziute
28 May, 2021 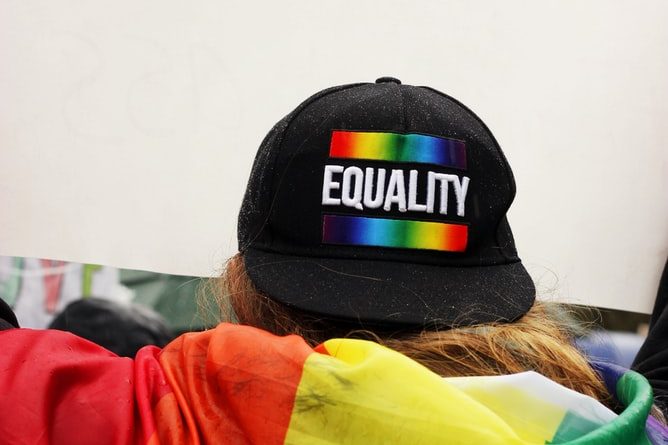 Human rights in Lithuania have been the subject of much coverage, specifically those regarding women and LGBTQ+ communities. Discrimination against LGBTQ+ individuals has remained prevalent whilst measures implemented during the Covid-19 pandemic have disproportionately affected women, with domestic violence at an all-time high. The new government has again proposed measures to ensure protection, equality and justice for every individual in Lithuania. These include ratification of the Istanbul Convention and the introduction of same-sex civil partnerships. However, some have made it their goal to ensure that individuals at risk of discrimination or violence do not receive the needed protection. The ‘discussions’ put forward by the staunch critics of the Convention and same-sex marriage are not constructive; instead, they are a “sign of deep-rooted gender and sexual orientation prejudices.” Certainly, such deeply ingrained prejudices that have become part of individuals’ identity will be hard to change.

There is a sense of déjà vu surrounding the Convention as it continues to find itself back on the political agenda of the Lithuanian government. The Istanbul Convention is set to “prevent and combat violence against women and domestic violence.” It places a comprehensive set of responsibilities on States to keep women safe from stalkings, sexual harassment, sexual violence, physical and psychological abuse and forced marriage. The Convention would critically ensure the protection of all women, including lesbian, bisexual, trans and non-white women, who are at a heightened risk of gender-related violence.

The present Lithuanian criminal code on sexual violence is an outdated system ridden with middle-aged stereotypes. However, Lithuania has not yet ratified the treaty due to significant opposition it has received from the public, which has been flooded with myths far removed from reality. Critics, including leaders of Lithuania’s Christian religious communities, have primarily objected to the document’s concepts of gender identity and have berated it as upsetting the ‘traditional’ gender roles. As rightly pointed out by the chairman of the Constitutional Court, Dainius Žalimas, “Sexism pure and simple is behind the heated controversy over the ratification.” The idea of male superiority is still very much alive in Lithuania, particularly amongst older generations. The preconceived notions of women as objects or individuals who must stay in the kitchen, unemployed or underpaid with 5 children, are continuously perpetuated in society. At the same time, men are stereotypically seen as the sole providers of the family, to be treated as superior beings. The Convention is aimed at fighting such stereotypes.

Unfortunately, many Lithuanians are still reluctant to acknowledge a need for a change of the ‘traditional’ behaviours, which are ultimately based on “the subservience of women and their treatment as second-rate people.” The uneducated, morally motivated arguments stem from fear of losing dominance in the society – some Lithuanians are scared to be treated as equals. Moreover, the disinformation campaign, which continues to disseminate factually false and discriminatory information about the Convention, has managed to gain popularity. Individuals have used the ideas perpetuated by the right-wing political parties as a basis to demonise women’s rights and LGBTQ+ rights. This has, in turn, created panic around the idea that ‘traditional’ gender roles, families, values and systems are under attack when in reality, it is as far from the truth as it can be.

The Catholic Church community in Lithuania continues to argue that the convention “challenges the binary sex system,” thus creating the building blocks for the recognition of LGBTQ+ people and same-sex civil partnerships. What is alarming, is the support President Nausėda has shown to the Catholic Church, which continues to spread falsehoods using their power and reach within the society. Remarkably, the President has called the LGBTQ+ activists, individuals trying to incite a public inquisition. This has created further barriers for people striving to change the discrimination faced by the LGBTQ+ community.

One of these individuals is a recently elected Parliamentarian Tomas Vytautas Raskevičius – the first openly gay MP in Lithuania elected on an explicitly pro-LGBTQ+ and human rights platform. One of the most notable legislative changes proposed by Tomas has been the legalisation of same-sex civil partnerships. However, the backlash has been so tremendous that 300,000 people have signed a petition calling for his dismissal. Even though clearly discriminatory and homophobic, the petition has received backing from the biggest opposition party in the Parliament. This has provided a substantial foundation for the President and the ‘centre’ government to use the criticism as an excuse to postpone change in Lithuania, electing to rather wait for a ‘better time’. The government has thus created an ‘unequal playing field for political discussion’. It constructs an illusion that fair debate is happening, the LGBTQ+ community is just naturally losing it. However, the truth is entirely different: anti-LGBTQ+ ‘arguments’ ridden with religious morals, intolerance and hate speech are not hindered by state laws, whilst queer stories are. Politics in Lithuania are generally rigged against LGBTQ+ people or those who protect the community’s rights.

A popular myth in Lithuania is that LGBTQ+ rights have received disproportionate attention, and the community is set to destroy the ‘traditional’ marriages and families. Often repeated and used by staunch traditionalists or religious leaders, the narrative serves to “either deflect the issue – maintaining that LGBTQ+ rights are already enforced to the fullest – or attack them as a greedy, totalitarian plot.” Paradoxically, in reality, the LGBTQ+ community continues to be silenced whilst homophobic conservatives continue to hold the state as its puppet.

In Lithuania, we do not live in a society where women and LGBTQ+ rights are protected, let alone dominant. We live in a country where those advocating for fundamental human rights are dismissed or even silenced by the state, whilst those who continue to disrespect and hate are given a platform. Ultimately, individuals in Lithuania, including the government, continue to demonize women’s rights and LGBTQ+ rights, failing to implement any positive changes such as the Istanbul Convention or same-sex civil partnerships.

Underlying the lack of change is the stigma that minorities face. There is a need for more individuals to come forward with their experience of inequality to convince Lithuanian society that there is a need for change. However, few can be due to the prevailing prejudicial attitudes that exist. In a community where religious actors can be louder than the voices of those subjected to gender-based violence or sexual orientation-based discrimination, it is hard to seek change. An institutional and substantial change must occur as soon as possible for Lithuania to become an equal country for all. 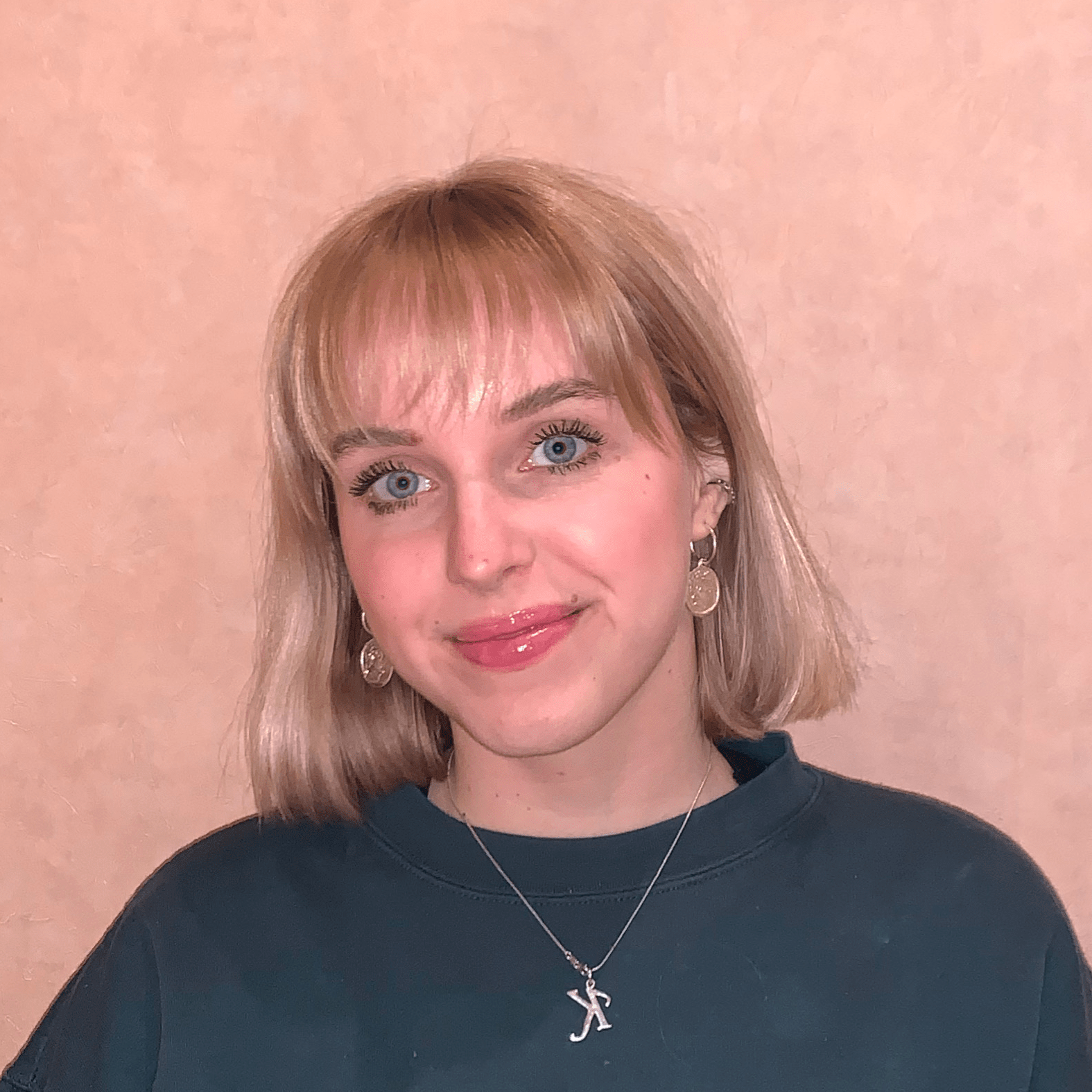