@Kings, Finance & Economics
From Student to CEO: Personal Journey and Advice for Young Entrepreneurs
I learned that you shouldn’t waste your energy stressing about things that are out of your control (in my case, a ship the size of the Empire State Building got stuck along the same route used by the vessel carrying my products). Enjoy what you’re doing.
By Karolina Sikorska
07 April, 2021

If you are planning to enter an industry to sell a new service or product, let me tell you, starting a business is tough. I started my own business almost eight months ago and it’s far from what I expected, but it has, so far, been one of the most rewarding things I have ever done.

My business, Teddy’s Treats, focuses on a product, namely vegetarian dog treats. I felt that there was a gap in the market for dog treats that were natural, lacked fillers (ingredients meant to make your dog feel full but don’t offer any nutritious value), and balanced out the ridiculously high amount of protein in most dog foods. It may seem that dogs need a lot of protein, so the more the better. However, when I took my dog to the vet and told him my six-kilogram 5-month-old French Bulldog was eating Orijen Puppy brand dog food, he was horrified. I was shocked, as Orijen is supposedly one of the best dog food brands in the world and has a nutritional rating of 98% on allaboutdogfood.co.uk. The vet informed me that, since this dog food is produced in Canada, it mainly takes into consideration the nutritional needs of Canadian dogs, which have very different lifestyles from my little Teddy. Furthermore, the vet believed that Orijen is aimed at dogs who participate in dog sledding. Therefore, the food has way too much protein for my little dude.

I was horrified. I had been fooled by pretty packaging and rave reviews. Teddy is like a baby. The heaviest thing he has ever had to carry is his ego. The longest sprint he ever does is when he steals my underwear and runs around the house. This food was not meant for him. I knew that, just like me, other dog owners were unaware of this. So, I decided to come up with a product that could provide the nutrients missing from some other brands.

Do you have the means to fund your start-up? Or do you need to borrow money? It’s important to establish this early on. I was lucky enough to have my own means, but I expected to spend a lot less money than I actually did. Costs add up and, before you know it, you will run out of funds. Make sure that you have a realistic plan of what you want to spend and record all your expenses. That’s something I didn’t do and now it’s coming back to bite me in the butt.

I would recommend dealing with this before you move too far along in your business. If I knew these things ahead of time, I would have gone about starting my business very differently. I decided to deal with this step after I had already paid a deposit to a manufacturer, which was a terrible idea. There are so many legal things involved in starting a business, especially a product-based one. I’m talking barcodes, legal business structures, registration with the government, VAT numbers, licenses, permits, etc. I didn’t know that my treat labels would need to have a specific format or that I would have to be registered with, not one, but THREE different regional veterinary inspectors. I also realized that importing dog treats to the EU from China is incredibly complicated and expensive. Make sure you deal with all legal matters ASAP to avoid stress, disappointment, and unnecessary costs.

When launching a start-up, things will change quickly. When new ideas arise, new obstacles do too. After I came up with my idea, I needed someone to make the dog treats for me. After contacting 27 manufacturers (only five of whom actually answered my emails), I was able to find someone to help. The manufacturer was based in China and produced treats for one of the biggest pet care companies in the world. What a win, I thought. Boy, was I wrong! Although my production costs were lower than they would have been in the EU, the import costs were so high that it came to around the same cost. Because of COVID-19, I could not find a shipping company to transport my treats. I contacted eight companies and, after months of searching, DHL saved me and agreed to ship my products. I had been in contact with a previous company for two months and, a week before the scheduled shipping, they stopped answering my emails and phone calls because they realized that transporting dog treats meant they would have to undergo a sanitary inspection (really made me wonder what they were trying to hide…)

Almost eight months in, things are starting to become easier. Although we are three months behind my initial schedule, our products are on the way, the website is almost fully built, the vets have approved most things, and now I’m just managing the smaller details. It’s important not to put too much pressure on yourself when you start your first business. There are so many things that can go wrong that you wouldn’t even imagine. You really learn to value other people’s support and learn how to work smarter.

Even though I’ve faced many significant obstacles, I somehow managed to persevere through all of them. I learned that you shouldn’t waste your energy stressing about things that are out of your control (in my case, a ship the size of the Empire State Building got stuck along the same route used by the vessel carrying my products). Enjoy what you’re doing. Starting a business at such a young age is tough, but it helps you grow both professionally and personally. You get to make mistakes most people in their 20s can’t even imagine, and the solutions you come up with will help both you and your business grow. 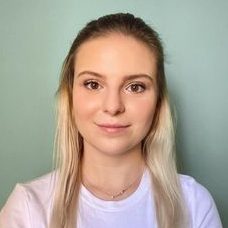