Arts & Culture
Crime and Punishment
Karma and I both are genuinely interested in people. But when it comes to speaking with strangers, I tend to get nervous and my memory of all things relevant –much like the geriatric diplomat – fails me.
By Nanki Singh
04 February, 2021 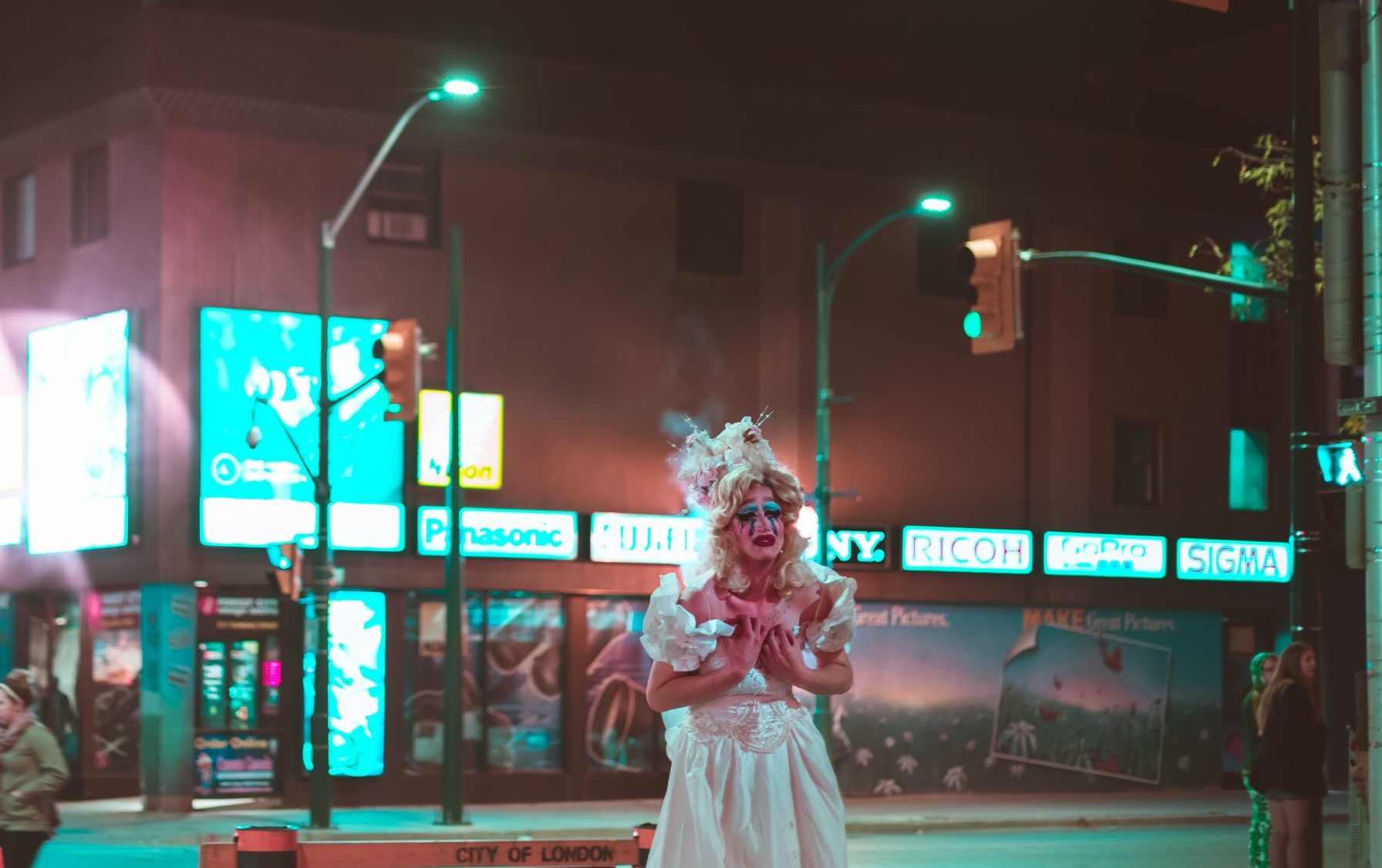 I often find myself wondering if people put much thought into what they say before they speak.

I have been told on multiple occasions that I am the type of person you would want to avoid at dinner parties, –especially if your host is on the more delicate side and you don’t care much about being invited back. My friend Karma, for instance, accepts conversations as they come, and she does get invited back.

I think back to one specific conversation. “My wife and I got married 3 weeks ago. She has a lot in common with my youngest daughter – they’re the same age can you believe it!” a geriatric diplomat once said to us. Without a blink of an eye, Karma responded “Oh yes! I was just talking to your wife about how she had such a hard time deciding between pink lilies or white roses for the wedding!”

As for me, I had a plethora of questions. But Karma dug her sharp heel onto my foot before I could start asking the newlyweds the really important questions: Was your wife your daughter’s best friend before she married you? And how is their relationship now? Where did you go for your honeymoon? Paris? How beautiful. Musée d’Orsay must’ve been a little antiquated for her taste. But she surely must’ve enjoyed Disneyland! Now tell me – I hear they’re a bit ageist. She must’ve qualified for a discount as a child, but they don’t offer any discount to senior citizens do they?! Ridiculous.

Karma and I both are genuinely interested in people. But when it comes to speaking with strangers, I tend to get nervous and my memory of all things relevant –much like the geriatric diplomat – fails me. I tend to rely on a stash of pre-prepared stories. Sometimes these are based on hearsay but other times they’re taken from a newspaper: An NDTV news article about a man who bit a snake and chewed its head off as revenge for the snake biting him. Residents in Gurugram storing human poop in their fridge, believing it to be some sort of blessed mineral. The hot-headed monkey in India that drove a bus and rammed it into two other vehicles. And of course the statement issued by a local leader of a state who claimed that “eating chow mein led to rape”. Each is tragic in its own way, and leaves the listener with a bold mental picture.

How could you go wrong with such a story? I couldn’t wait to wedge it into whatever conversation presented itself. “Oh talking about your penchant for Chinese food, I hope you paid heed to the important correlation our political leader found…” I imagined myself saying.

This reminded me of a time I was accosted by a lady while waiting to meet someone.

I had a date with an actor. He had done some side roles in a few films and although he hadn’t quite yet attained stardom, he was, in my sweet guileless eyes, a film star. I was nervous, so I decided to meet up with a friend a few hours before my date. It was imperative I made a good first impression. He’d be like F Scott Fitzgerald and I Zelda, and who wouldn’t want to invite me back to their dinner parties then?

Upon being asked who I was meeting, I told my friend I was meeting a sub-inspector from a discriminated class, who was circumcised and severely mistreated by his superior. This description wasn’t all that true. In actuality, I gave my friend the description of his most recent cameo. Now I cannot comment on whether he really was circumcised, or if he was at the receiving end of ridicule by his more successful actor peers. But I imagine he just wanted one evening where he could be a “normal” person bereft of the worries that accompany (in his case albeit limited ) stardom and acclaim.

My description seemed to perplex my friend. The idea of me having a teteté with a sub-inspector – who seemingly had many of his own issues to deal with – inspired the idea that I was in some sort of trouble. And while I admit that I have more than once described myself as an obstreperous thrill-seeker, the truth is that I’m the kind of person who uses words like ‘obstreperous’.

What would be a good conversation starter? My friend recommended that I ask his views on prevailing political happenings – the rape case of a woman (that stirred the innocuous sympathy of our small urban population), or perhaps the revelation of marijuana-smoking actors (a story that stirred the consciousness of our entire country).

He was late. Mind you, he was a film star. If he knew how to read the time on the huge goal dial on his dainty wrist, who would’ve believed he was famous and highly sought after? I tried to appear as nonchalant as possible. Waiting for him in front of the café , I stared deep into the night sky. A lady, perhaps in her forties, suddenly approached me and said “I noticed you err… cannot see , why don’t I lead you to the door?”

Now, I can understand that I may have looked a little lost – disoriented even. But what made the lady think I was blind? Even more concerning was the fact that she was blaring into my left ear. Did people generally correlate poor sight to attenuated cochlear functioning?

By this time, the film star had finally appeared. He walked ahead of me, and didn’t hold the door behind him, letting it slam shut on my face. I naturally assumed he had overheard the lady questioning my vison. He only wanted to help…now she can witness that I could in fact see.

Once inside the Café, the coolness of the airconditioner was welcome. But the respite was short lived. There were no seats left inside. All that was left were some rickety grief-stricken tables on the outside, accompanied by woe-begone plastic chairs. The ambiance of delicate despondency was truly created by a lack of lighting, and the musical accompaniment of mosquitos.

Before I could even finish introducing myself, the waiter came over and asked if he could take away the condiments. Now, not only was there no light nor any real seating stability, there was also no ketchup. Still, in my desperate attempt to break the ice, I thought I’d ask him a question on prevailing politics, just like I had been advised.

“So, what are your views on the rape case?” I asked.

Turns out, this was less of an icebreaker and more like an iceberg that had just penetrated right into the titanic that was my sinking self-esteem.

“Um, yeah I’m not a proponent of violence against women sexual or otherwise…Did you hear about how many people in my Industry smoke? Isn’t that just insane? I don’t even drink”

I found myself reeling, and in desperate need of a drink. Surely, there shouldn’t be a view on rape beside the fact that it is absolutely inhumane and the most despicable act of brutality that must be met with swift justice and severe punishment. But, does it not demand more repugnance? More of a headline than pot smokers or a correlation with noodles? Does it not at the very least warrant more than fleeting moments of consideration and outrage?

As I went to bed that night, I lay there alone, feeling like my meeting with the sub-inspector had been like an ugly haircut I had stopped for on my way to the guillotine. Uncomfortable questions are important because it’s what stirs us from the false lucidity that comes with us being so purposefully and carefully ignorant. When I find myself with smug cynics who willingly choose to criticize choices of houseplants and the length of a woman’s skirt, rather than the ridiculous claims by our esteemed political leaders and the enactment of faulty policies and laws that have a greater impact on our lives than hemlines…how can I not pick from the top headlines of our daily’s? Maybe the irascible monkey would be a safer bet the next time. 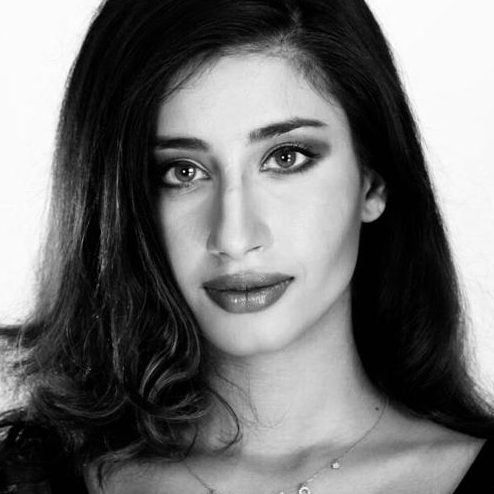