Politics
Opinion: The Ballad of the Boy Who Cried Fascist
By using ‘fascism’, however benignly, we distance Trump's presidency from the realities of the system that allowed him to flirt so casually with the far-right to begin with.
By Anna Smith
03 March, 2021 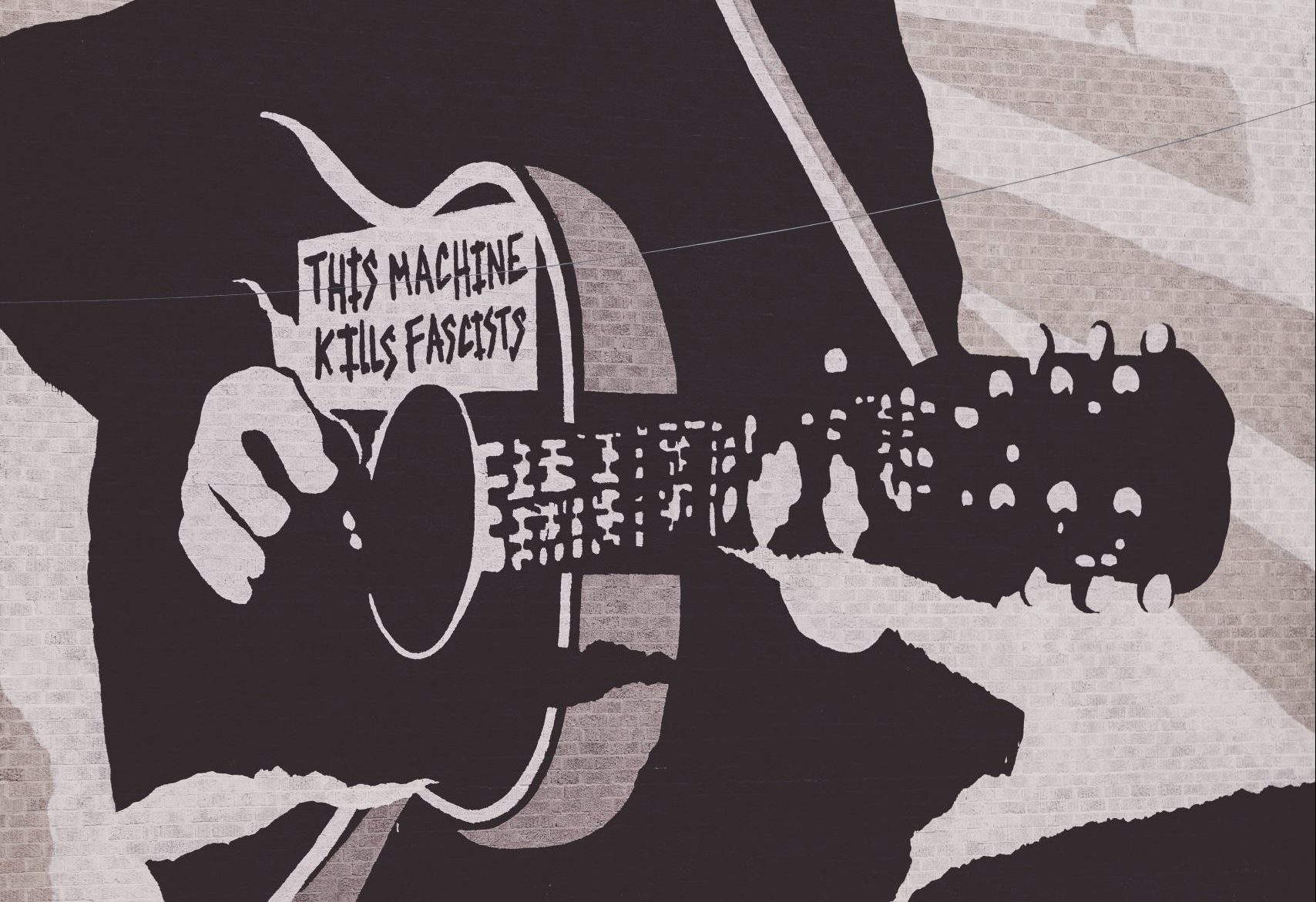 After the riot at the US Capitol on January 6, like many people, I turned to our beacon of political hope for comfort – Arnold Schwarzenegger. In his response, Schwarzenegger compared the riot to Kristallnacht, the 1938 Nazi pogrom against Germany’s Jewish population. It was personal, poignant and evocative, but it was wildly inaccurate. As was calling it a coup. As was calling it undemocratic. There was no unified party, no military, no demands, and no plan. There weren’t even any matching colour shirts.

It was terrifying, but it was not a coup. Aside from the fact that calling it as such almost gives these people too much credit, we also risk accidentally inducting ‘coup’ into the ‘Void Political Terms’ hall of fame: the venerable list of words that are reduced, reused and recycled whenever we don’t like something, to the point that they lose any meaning at all. Words like ‘communism’, ‘fascism’, ‘democracy’, and ‘rights’ (often of the ‘inalienable’ or ‘basic human’ variety) are all victims of inflation; they’ve lost their value.

This process has happened for years, but the advent of ‘conspiracism’ (‘conspiracy without the theory’), allowing words to take precedence over evidence, means that if we don’t have a common language, we don’t have a common reality. By crying ‘Coup!’ at a protest, or ‘Fascist!’ at its inciter, we are not naming our problem and so are kidding ourselves out of a solution. We risk delegitimising the next defensible protest, re-aligning what we expect from a coup, and looking the other way as the actual fascist regime comes goose-stepping around the corner.  It’s a classic, really; The Ballad of the Boy Who Cried Fascist.

The incredible power of ‘conspiracism’ is what brought those people to the Capitol. They believed the election was rigged, simply because they were told it was rigged, and it became a reality for them. Calling Trump a fascist for the effect feels worlds away from this drastic dislocation, however, by devaluing extreme political concepts, we are putting them through a very similar ‘conspiracism’ process. That isn’t to say that simply naming Trump a fascist will make it so, but, if we manage to convince ourselves of this, through a series of extended metaphors and political inaccuracies, we too will end up protesting a non-reality. We will call for retribution that cannot yet happen, against a regime that does not yet exist, rather than preventing one from happening in the first place.

This does imply that we are reading from Schwarzenegger’s playbook of incorrect analogies when calling Trump a fascist. Trump certainly exhibited fascist tendencies (and, I know, how many tendencies does it take to screw in a fascist?), but his own lack of ideology saw him rely on the unwavering American belief in the free-market, which, married with his declining support from the military, meant that we were never truly in danger of a fascist regime (nor did he make any significant moves to install one).

Realistically, all of Trump’s ‘tendencies’ played out on an entirely democratic stage. By using ‘fascism’, however benignly, we distance his presidency from the realities of the system that allowed him to flirt so casually with the far-right to begin with. In doing so, we divert attention from the existing flaws and begin the cry for impossible retribution.

Sheri Berman put it best; ‘If Trump was a fascist and we were in a situation akin to Germany in 1932 or Italy in 1921, certain kinds of actions would be justified. But we are not, and they are not.’

It is a similar process of ‘conspiracism’ that has encouraged this separation between the Trump administration and American democracy to begin with. The Americans have been shouting about ‘democracy’ since their inception, and they’ve been misusing it ever since they started shouting. A country is not a democracy unless the whole population is represented, which didn’t happen to its fullest extent until 1924, when Native Americans achieved suffrage (and that is only on paper; the immense voter suppression of African Americans throughout the 20th century, and its bitter legacy today, undermines any notion of true democracy). Regardless, representative democracy pales in comparison with systems such as those of Switzerland or Porto Alegre , yet ‘democracy’ is the defence used most regularly in political discourse. The reality of the word ‘democracy’ means nothing, and it no longer has to, as long as it means ‘American’.

Even if it is simply an apt metaphor, it retains the sentiment that ‘American democracy equals good’ in the hopes that this means it does not equal ‘fascist’. The effect? The system is allowed to fester. (Biden has already reneged on promises concerning student debt and ICE guidelines, and has appointed senators with severe (pecuniary) conflicts of interest to a number of positions).

There is a positive that comes out of this bastardisation, however. Extremist regimes require governmental intervention on every level, so it wouldn’t take long for America’s far-right to realise that fascism is just the dirty backside of the communist nanny-state’s scary face. As long as ‘democracy’ remains America’s leading defence, hopefully this tangentially democratic system will keep popular extremism at arm’s length. Maybe if the boy cries ‘democracy’ some more, it will finally come and get him.

Nevertheless, as we lose a cohesive political language, we lose a cohesive political reality. The nationalism that comes with fascism has encouraged unique, tailored versions of the same regime, so each country can say they did it best. It is likely then, that when the American fascists do properly unite (as they are trying to do), they will not go by ‘fascist’ at all; it will no longer suit their purpose. It happened in Spain, it happened in France, and when it happens in America, we will yell ‘fascist’ and no one will turn their heads. If we keep crying wolf, we’re going to get eaten. 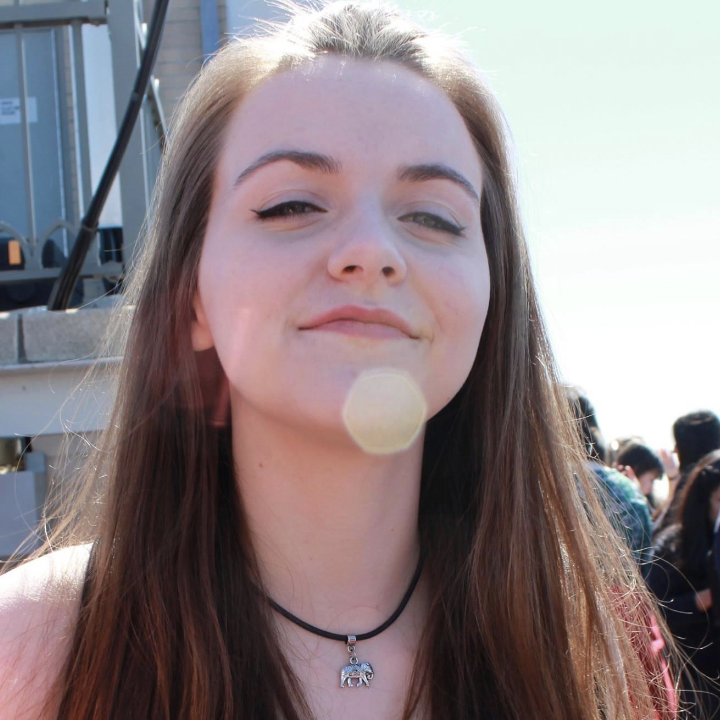