Finance & Economics
In the Black: How Business and Finance are contributing to the Fight for Racial Justice
Before long, leaders in business and finance began to speak out about the issue of racial injustice and step up to figure out how they could be part of the push for positive change and greater equity.
By Ayanda Tambo
08 March, 2021 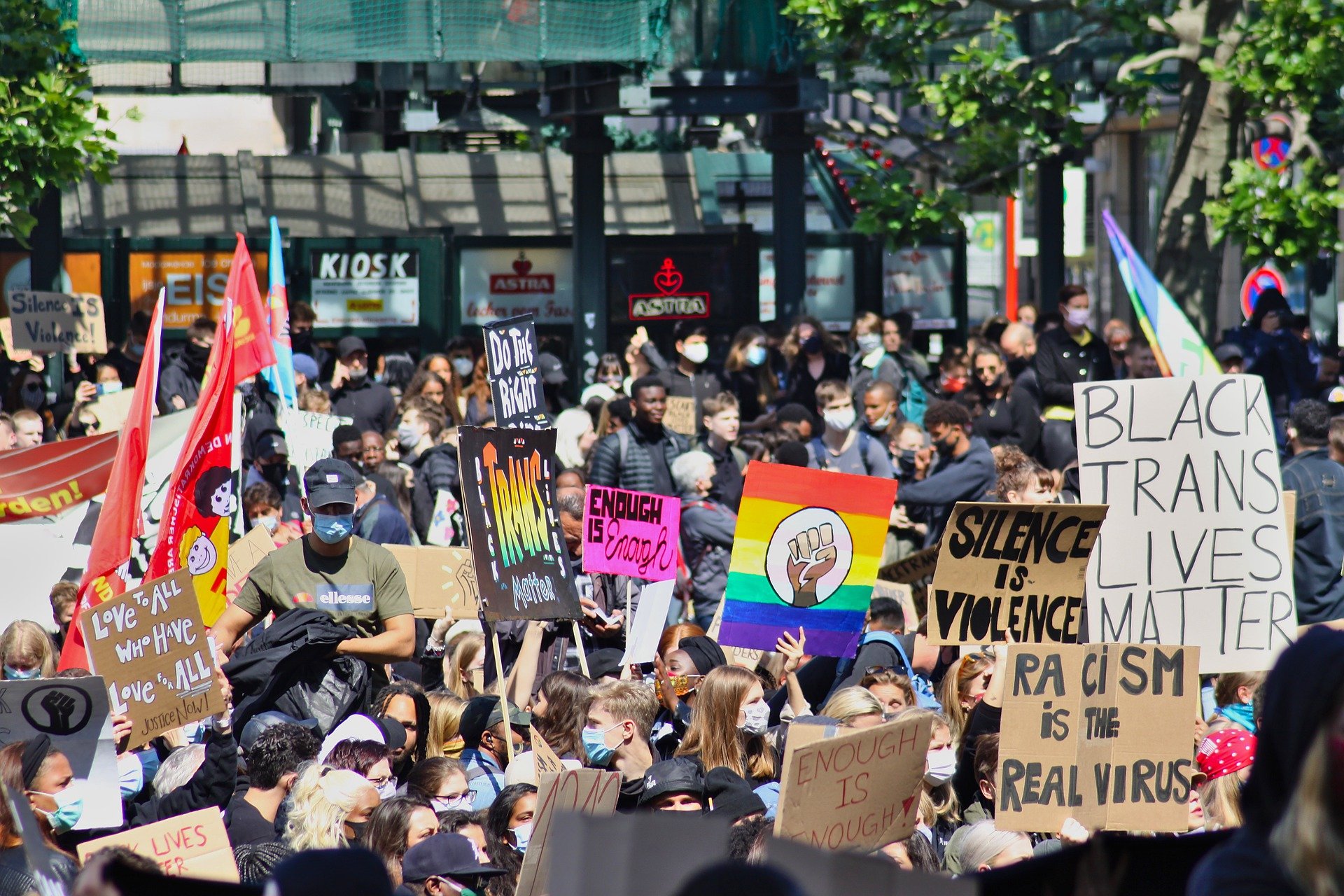 2020 was a tumultuous year. It was a year during which the entire globe, including the business and finance communities, lived through and attempted to navigate some of the most significant historical moments and events of the 21st century. The deaths of Black people at the hands of police in the United States led to an eruption of outrage and calls for change. America, and the world, heard the heartbreaking story of how Breonna Taylor was killed in her own home in Louisville, Kentucky. But it was the eight minute and forty-six second video of George Floyd being held down and dying with a knee on his neck that forced the world to confront the idea that there has to be something wrong with a system that leads a Black man to die at the hands of those hired to protect and serve. The sound of his voice as he pleaded for his life, called for his mother, and moaned that he could not breathe brought Americans to the streets to chant “no justice, no peace”. Hundreds of thousands of people gathered to protest in every major city and every state across the United States, and soon protests against police brutality and all manifestations of systemic racism were popping up around the world, including here in the UK.

Before long, leaders in business and finance began to speak out about the issue of racial injustice and step up to figure out how they could be part of the push for positive change and greater equity. Dozens of major corporations, including Apple, Spotify, Goldman Sachs, Target, and Nike, among others, pledged and donated millions of dollars to social and racial justice groups. 2020 was a record year for donations to organisations like the Equal Justice Initiative, the ACLU, the National Black Justice Coalition, the NAACP, and Black Lives Matter. However, donations have not been the only impact of the movement for racial justice in business and finance. Many have called for a comprehensive review of and change in hiring and promotion practices, and for more Black individuals to be included in corporate workforces and leadership.

In the UK, research by Nuffield College’s Centre for Social Investigation has shown that people in Britain from ethnic minority backgrounds have to send 60% more job applications in order to receive an equivalent positive response, such as an interview or offer, than their white counterparts with similar qualifications and experience. 100 Black Interns is a programme founded by investment management professionals Dawid Konotey-Ahulu, Jonathan Sorrell, Wol Kolade (a King’s College London alum), and Michael Barrington-Hibbert that aims to address some of these disparities by connecting Black British university students with leading investment management firms in London for six-week internships. In 2020, the year the programme first opened for applications, 200 firms agreed to participate, including Blackstone, the Carlyle Group, Deutsche Bank Wealth Management, and St. James Place.

Across the pond, JPMorgan CEO Jamie Dimon released a statement asserting his opinion that “It’s long past time that society addresses racial inequities in a more tangible, meaningful way”. JPMorgan has gone beyond even the $30 billion long-term commitment they have made to advancing racial equality by introducing a new framework that assesses and rewards executives for diverse hiring and retention, and efforts to aid diversity missions within the firm. JPMorgan has made diversity and inclusion a direct performance indicator and therefore a determinant of worker bonuses.

In December 2020, Nasdaq submitted a proposal to the U.S Securities and Exchange Committee (SEC) that if approved, would introduce new rules and requirements for board diversity disclosure for all firms on the exchange. The new rules would require almost every company on the Nasdaq to have, or explain why they do not have, two directors who identify as female, an underrepresented minority, or LGBTQ+. Companies would also be required to publish diversity data. This change would make Nasdaq the first major American stock exchange to require, and not simply encourage, boardroom diversity. Nasdaq has argued that not only is there a moral case for increased diversity, but also a financial one. The exchange emphasises the potential benefits to stakeholders that they believe this change will bring.

There are people who would argue that the role of investment professionals or corporate management is not to make the world a better place, but simply to generate profits, and that therefore requirements like the ones Nasdaq has proposed to the SEC are ridiculous. However, the donations and commitments to greater workforce diversity and inclusion that leaders in finance and business have made are not simply based on a sense of moral obligation. Across the globe, leadership quickly recognised in 2020 that in the context of the growing popularity of ESG and impact investing, and the national and global conversations about systemic injustice that have become so widespread, consumers, clients, and investors are demanding that business and finance become part of the solution. It is therefore beneficial to a company to commit to strive for racial justice both within the company and in the wider world, if only from an image or PR perspective.

Additionally, in 2017 a study done by Boston Consulting Group showed that diverse leadership teams produce up to 19% more revenue and boost innovation, and that inclusivity within those teams improved performance further. According to the International Monetary Fund, racism in society and in institutions is detrimental to entire national economies. Atlanta and Dallas Federal Reserve presidents Raphael Bostic and Robert Kaplan have affirmed that systemic racism slows growth and productivity. This is a time at which research has shown that diversity and inclusion, racial justice, and equality are beneficial to performance and growth both within individual firms and on the macroeconomic level.

The worlds of business and finance have often been criticised for benefitting disproportionately from economic development and excluding Black and Brown communities from the gains of economic progress, especially in the United States. In 2021, and going forward, time will tell whether 2020 was truly the moment at which the tides turned towards making society more equitable and opportunities for success accessible to all regardless of skin colour. 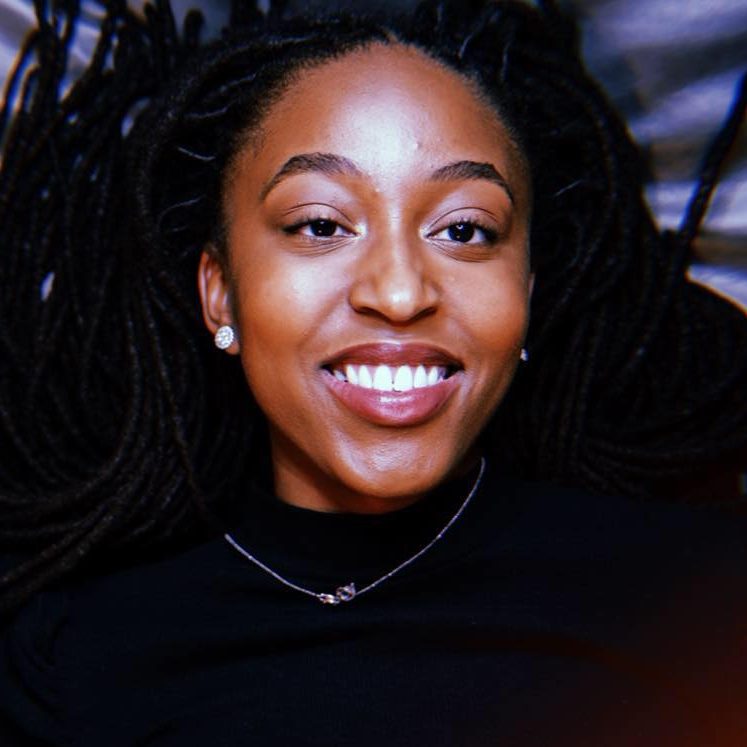