@Kings
Community against Adversity: Arvind Kumar and Cycle Soldiers
While most incoming graduate students would be focussed on preparing for their degree, Arvind Kumar began an initiative to help the members of his community in Kolkata, India during the height of the pandemic. This is the story of Cycle Soldiers.
By Alessia Garcia
29 June, 2021 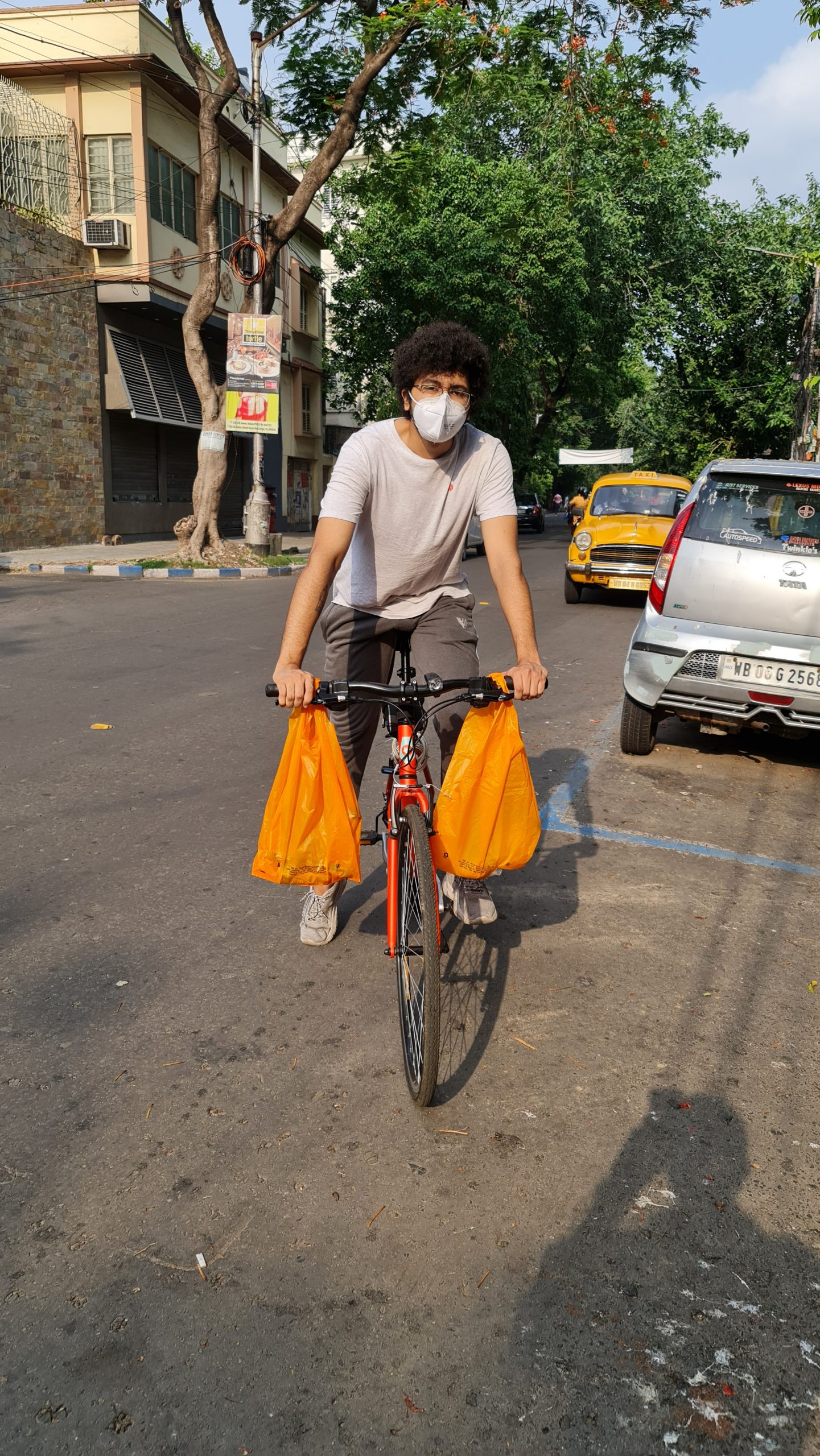 Arvind Kumar did not think twice when his grandmother called him to help her with acquiring necessities during the first lockdown in his hometown of Kolkata, India. He was anxious about getting into trouble with the authorities, but he couldn’t deny his grandmother – so off he went on his bicycle, dutifully wearing a mask and pocketing his hand sanitiser, and delivered essentials plus some sweets to his grandmother. He’ll never forget the look in her eyes –  her wonderment as she realised he had actually come all the way for her, in the middle of such a scary, uncertain time. He recalls that she was so emotional at what he had done – that he had put her wellbeing above his own during a pandemic that respected no one, an invisible threat that could strike at any moment. For Arvind, who was about to begin graduate studies in Public Policy at King’s in the autumn, it was a gesture to a family member – but as the pandemic got worse and worse, he started thinking: what about the others?

Thus, Cycle Soldiers was born. The name, Arvind admits, was not a product of much creative thinking, but it was effective. After creating a poster on Photoshop that was shared through many WhatsApp groups, word spread like wildfire. The plan was simple: Arvind would take calls from senior citizens or their family members in need, acquire their essentials, and set off on his bicycle (with a mask, of course!) to deliver the goods, charging only for what was bought – no fees for his service. Arvind remembers a phone call he received from a man working in London who had asked whether or not the service he was offering was real. This man’s ageing mother was all alone and he was so worried about her that what Arvind was offering seemed to good to be true.

But indeed it was, and the Cycle Soldiers proved to be a godsend to the senior citizens of Kolkata. Soon enough, the service opened up to anyone in need. Arvind fondly remembers and points out that, more than delivering essentials, he took the opportunity to develop relationships with the citizens of Kolkata. As he rode around, he recognised that the senior citizens also needed personal interaction at such a lonely time. He regularly engaged in ‘adda’, which can be loosely described as casual conversation, and it was seeing the joy in their demeanours that made his efforts so personally rewarding. But of course, it wasn’t all positive – Arvind shares that there were definitely some that abused the service, by refusing to pay after he had delivered their goods, for example. Although these people scammed him, he doesn’t give up. He believes that goodness prevails, and shares a story about an old lady who was so thankful to him that she never let him leave her place without a slice of cake – it is these moments that make it worth it still, and why he has continued to help.

Arvind’s efforts to help his community are so impressive, but he refuses to believe that it was all him – in fact, what he was most adamant about was that he was only the catalyst. He was, and still is, so floored by all the acts of kindness that the citizens of Kolkata have exhibited the moment he decided to start it. For example, he talks about how the owner of a small grocery store he frequented sold him what he needed at no profit for himself, once he found out about how Arvind refused to take any payment for his services and that he paid out of pocket for the goods and only collected reimbursement upon delivery. The local police officers also helped the initiative by easily approving permits for the volunteers of Cycle Soldiers to go around Kolkata doing honest work during the pandemic. This innate kindness that the community was able to foster in the face of seemingly insurmountable adversity is what Arvind wants to highlight. That, more than an initiative that he started in order to solve a problem he observed, Cycle Soldiers is the result of the willingness of an entire community to band together and do what they can to help out, and it is this collective energy that makes the project so successful. While Arvind and the volunteers for Cycle Soldiers operate in Kolkata, word about their efforts spread out to other cities so much so that soon he was getting calls about widening the initiative to other areas. Arvind responded – go ahead. You don’t need the brand – just go and help. And therein lies the core of Arvind’s project: he strongly reiterates that it did not need to be him – his main goal with Cycle Soldiers was to act so that others may as well, and to foster a strong sense of community to last even after the pandemic.

Arvind talks about how he doesn’t want Cycle Soldiers to be seen as merely a response to the pandemic. Instead, he wants their story to prove that there is hope in the ability of people to think beyond their own needs and help each other, the reason being nothing more than simple human compassion. Rising above the dire headlines that portray India in such a bad situation due to the pandemic, Cycle Soldiers shows the world that there is still goodness in active citizens willing to do their part to help end the pandemic. When asked about what his grandmother thinks about how big Cycle Soldiers has gotten, Arvind can’t help but smile. Apparently, his grandmother is so proud and has even created a WhatsApp account to keep up with the news and progress of Arvind and the Cycle Soldiers. Arvind talks about how, as a child, his grandmother had instilled in him a sense of responsibility towards helping the community, and so he says it’s only fitting that she gets the credit for being the reason he chose to think of others in the midst of a pandemic. 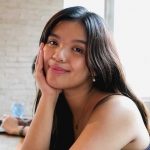 How Can We Make Fashion Sustainable For the Long Term?

Fashion is inevitably a visual language where everyone is free to express themselves, such as from the clothes they wear, the shoes they wear, and also the way they pair accessories with them. However, it is true to say that fashion has a very negative impact on the...

Insight: A G20 on Women Empowerment

A Brighter Future: Are Wearable Devices Making Us Healthier?

As Kanye releases his latest hotly anticipated album Donda seventeen years and nine albums on since The College Dropout it is no longer the music that is the focus. Instead, it is all about Kanye himself and wondering, what will he do next?