@Kings
Will the Real Slim Shady Please Stand Up? A New Take on the Beauty of Authenticity
Companies like Rolls Royce need not advertise themselves, because they are aware of their value and worth; as a result, they have no problem selling. Be your own Rolls Royce.
By Arabella Glanville
16 November, 2020

When it comes to attracting the right people into your life, authenticity is crucial. This has led me to conduct some ‘social research’, in order to figure out why authenticity can be valued so much. My friend, Zoe, told me that part of the reason she is so happy is that she has cut ‘inauthentic people’ out of her life. When I asked her why, she responded, ‘there is so much influence on creating an image or product that fits into society’s expectations. Everything eventually becomes fake and the same, so when I find someone that is authentic, it draws me and others to them, and because they are authentic, it is easier to create a real connection that everyone craves.’ In other words, Zoe told me that society conforms so much to what they think is socially acceptable, such as posting bikini pictures on Instagram or speaking in slang, that they often lose touch with what makes them different. The people who stand out are the ones who embrace the unique individuals that they already are.

Being authentic does not necessarily mean that you know exactly who you are. It means that you are comfortable with whom you have chosen to be, and that you do not care about others’ judgments about your individuality. I have a friend called Mike, who could be described as almost overly-authentic. A lot of people do not like Mike because he speaks his mind, no matter what is on it. He is openly judgmental with people and does not care about being rude. However, he also praises people when he wants to, and never gives a compliment if he does not mean it. I asked Mike how he feels comfortable being so openly hurtful to some people, and he told me that, at the end of the day, the only opinion that he cares about is his own. He knows that his friends would never judge him, because they know what is in his heart and who he really is. I agreed, as Mike does not hide a single thing about himself. When I asked Mike’s peers to describe him, they responded with either ‘rude’ or ‘authentic’. I found this very interesting. What we can learn from Mike is that when we are confident in the opinions that we share, the person that we are, and are genuine in the way that we speak to people, then others will see us as authentic.

I was a finalist for Miss Universe Great Britain 2018. I was not a pageant girl, nor was I expecting to become one. I had heard about the amazing charity work that the girls in Miss Universe get to do, and loved being involved with it myself. On my first training day, I was given a lecture on transforming myself from ‘model’ to ‘beauty queen’.  With my belief that ‘You must go full out in life if you want life to go full out for you’, I got hair extensions, learned to do makeup, and spent absurd amounts of money on pageant catwalk training. On the day of the finals, I had my makeup done by some of the pageant experts; when they finished, I looked in the mirror, excited to see the princess look that I had been expecting. However, when I did so, it seemed that a different girl was staring back at me. They had made me up into someone who looked completely different, and whilst I have nothing against Drag Queens (in fact, I love them), I do believe that I looked like one myself. I then decided to stay true to my authentic self, because I knew that if I won the crown looking as I did, I would spend the next year of my life being someone I was not. If the judges did not like me for who I was, then I did not want to win anyway. Before I went on stage, I took out a face wipe and scrubbed off the makeup that I had been given. I pride myself on being natural, because that is my authentic self. When you stay true to who you are, the right people will come to you.

This was particularly evident when I landed one of the biggest modeling jobs of my career – closing the Stella Mccartney show in Paris. When I received the call for the casting, I had just come out of an exam and was wearing sweatpants, a hoodie, and trainers. My hair was greasy and my eyes had dark circles underneath them. However, knowing that you miss 100% of the opportunities that you do not take, I decided to embrace the situation and go to the casting. All of the other models there were glammed up with heels, but I remained confident in who I was (aka a model off duty) and had a call the next day to say that I had gotten the job. If you are sure of yourself, other people will be sure of you, too. The people who are meant to work with you can only find you if you stay true to your authentic self – this also means that you won’t have to put on a fake persona from 9-5 pm.

Sometimes, clients might not feel that you are right to work with, but it always says more about what they are looking for than about who you are. I once went to a casting where, if the client did not want to hire you, he would throw your model card onto the floor. When he did this to me, I simply picked up my card, placed it back on the desk in front of him, turned and walked off with confidence. I knew that the right person would want to work with me.

Companies like Rolls Royce need not advertise themselves, because they are aware of their value and worth; as a result, they have no problem selling. Be your own Rolls Royce. 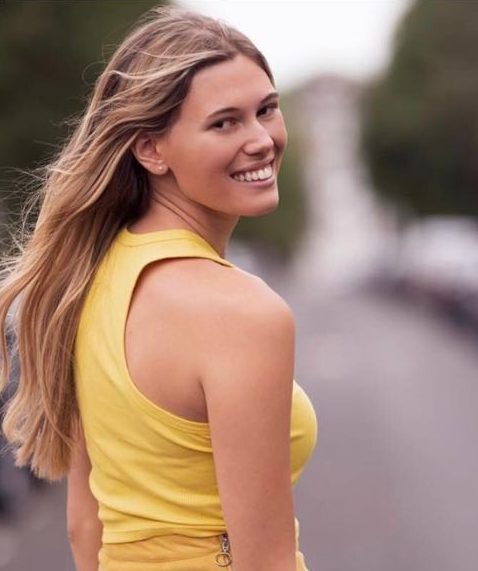