Politics
Technocratic Mentality on the Rise and Future Populist ‘Backlash’: Is Politics Becoming Obsolete?
As shown throughout this ongoing crisis, a little technocracy sometimes goes a long way.
By Rachel Wilson
07 November, 2020

The coronavirus crisis seems nowhere near to being over. Talks of a second wave in the United States and Europe as winter approaches render many governments in disarray. Despite growing weariness, public attention has been diverted to coping with the pandemic and the myriad economic ramifications of strict lockdowns. It is rather easy to overlook that in these desperate times, many officials’ desperate measures are paving the way for a global rise in technocracy.

Technocrats to the rescue

Governing with technique is not a recent phenomenon. Ever since technology became increasingly advanced in the mid-20th century, scientific knowledge or technical competence has been viewed as an essential asset for a fit ruler. Nowadays, the role of technocrats is largely confined to aiding the government in policymaking with a particular disinterest in politics. As shown throughout this ongoing crisis, a little technocracy sometimes goes a long way.

There are plenty of discussions about which countries have outdone the others in managing the spread of coronavirus. Arguably, governments with greater technocratic mentality have performed better than those easily swayed by political pressures. Health experts in general advocate strict measures of social distancing, whereas politicians are wary of public response and backlash, especially from groups most impacted economically.

In the US, the Trump administration put Dr Anthony Fauci, an infectious disease expert, at the forefront of the fight against the outbreak. Leading with a frank and stern manner, he has no qualms about correcting Mr Trump’s statements in public whenever the president downplays the reality of the disease or recommends scientifically unsound safety protocols. For this, Dr Fauci has earned the admiration of many Americans, except the president and his strong supporters’. Seeking re-election, the president hastens to kick-start the US economy. Conversely, Dr Fauci cautions against the re-opening of shops and businesses with flu season around the corner. The lack of coordination and cooperation between the expert and the country’s leader has contributed to the confusion about whose guidance the public should follow, and naturally, to the messy state the country is in at the moment.

New Zealand, which has been one of the few success stories during the Covid-19 era, is the opposite. The government heeded technical experts’ advice, implementing stringent measures very early on, and pursuing the strategy of “elimination” instead of “flattening the curve”. They have also been investing in technology to improve the information stream about their current strategy. By contrast with the US, the New Zealand government has more trust in using science to build their defence. No matter how controversial their restrictions may have appeared to the rest of the world, they are now in better conditions to rebuild the economy than most countries.

In an interesting conversation between two NPR correspondents, Rob Schmitz and Frank Langfitt suggested that Germany’s relative success in weathering the pandemic compared to the UK may be attributed to the academic background of its leaders – PM Boris Johnson studied classics whilst Chancellor Angela Merkel did quantum chemistry. Unsurprisingly, the former’s leadership style leans heavily on rhetoric, whereas the latter leads through debate over substantive policy and strategy alongside technical experts.

“Johnson’s oratory helped win a landslide election last year. But a pandemic, of course, [is] not a campaign” Langfitt said. Given the urgency and magnitude of the pandemic, a technocratic model of government that prioritises scientific debate over political rhetoric, that coordinates well with public agencies in delivering Covid-19 relief programmes, may be what everyone needs at present.

More than meets the eye

Government by experts, however, is not without reservations. Calling on technocrats in the interest of public health is one thing, but authorising unelected figures to make far-reaching policy that affects the long-term socioeconomic status of the people is another. Schmitz further observed that “if technocrats feel too emboldened, there might be an even bigger global populist backlash in the future”.

One might expect that an escalation in populist sentiments can jeopardise the longevity of elitist technocratic establishments. Ironically, technocracy and populism are less foes than a match made in the age of surveillance capitalism. A study looking at the Five Star Movement (M5S) in Italy and Podemos in Spain, gave insights into how these populist parties advance technocratic ideas in their agendas.

In principle, populist parties, which claim to be the only honest representative of the people, have no interest in engaging in ideological confrontation. They believe that there is no other ideological force worth representing than that of the homogenous people. Therefore, they champion a technical, monolithic approach to policymaking with no regard for political values. In their manifestos, Podemos make no reference to political principles in defining policy success and failure. The justification for their proposed policy programmes is restricted to technical considerations only. M5S, in comparison, is much more ambitious in envisaging a world where the entire people can be transformed into experts in any policy matter. They promote the use of advanced digital technologies in the search for effective solutions to practical problems. The Internet is hailed as the perfect tool to mobilise collective intelligence for allowing greater volume as well as forms of direct political communication and participation.

Of course, we do not live in a technological utopia ­– the Internet misinforms as much as it informs. And indeed, the threat social media poses to the preservation of stability in a pluralist society is not a new concern. Through its many seemingly harmless mechanisms, the Internet has in a way become a global ‘spokesperson’ to communicate which values are worthy of promoting while crowding out voices of other equally legitimate values.

As Jan-Werner Müller wrote, techno-populism therefore,“legitimises the belief that there is no real room for debate and disagreement…there is only one correct policy solution, just as there is only one authentic popular will”. If digital technocrats themselves have been the driving force behind the spread of populist rhetoric, they may not be against the people after all. But their further alliance would spell the demise of democracy. 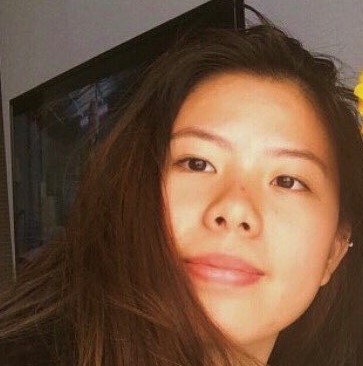