Arts & Culture
Never Stop Working: A look into the hustle generation
Maybe we should start working on our resumes from kindergarten just to have a chance of joining the hustle wave.
By Maria Onciu
04 November, 2020

Nowadays, being constantly busy has become the norm, a necessary state of mind that allows you to believe you are doing enough with your life. The so-called #hustle generation does not only work to succeed, but they work because they love what they do or at least that’s what their social media posts lead us to believe. With hashtags such as #T.G.I.M, #hustleharder, #success, the hustle generation created a vicious trend where productivity and hard work became measurements for your capabilities as a person.

Simply, hustle culture means constantly working. And don’t get me wrong it doesn’t mean constantly working while at the office, that is obviously a given. In this culture, work is done at home, in coffee shops, in the gym (if that’s even possible) – anywhere you can find a bit of space and perhaps an internet connection is fair game. This thrive for productivity became an entire philosophy, a mindset that celebrates only those who are willing to dedicate their lives to work. The missed meals, sleep, social events are non-negotiable if you want to be part of this culture. In fact, you would not be a true hustler if you even considered a full weekend away or a relaxing vacation. What, is there no internet on a beach/in the ocean?

It’s no longer about who you are as a person, what hobbies you have and how you spend your free time. It’s about how many hours of work you logged in this week, how productive you’ve been and how you can improve in the following week. The industry took notice of people’s eagerness to grind so places like WeWork that offer office spaces took advantage of this and created the most desirable work environment a ‘hustler’ could ask for. From pillows engraved with the “Do what you love” motto to carved veggies telling you to “Stop when you are done”. Even Nike adhered to this culture by naming their campaign “Rise and Grind”.  The seemingly ambition driven climate gave birth to new startups such as the Hustle, a popular business newsletter, and One37pm whose whole purpose is to create “a community for the passionate, the hungry and the emerging” entrepreneurs. Therefore, this culture created an environment that is exponentially growing and if it continues for much longer, I’m afraid that the next generations will simply be doomed to obey crazy working hours and overwhelming demands.

This generation of exceptionally hard-working people is obviously an employer’s dream. Elon Musk stands by this mindset and claims that “nobody ever changed the world on 40 hours a week”, in fact, he believes that a “normal” working week should be at least 80 hours. From an employer’s perspective, people’s willingness to work extreme hours is outstandingly profitable, because, despite their motivation, it is rarely the case when employees are rewarded equally in comparison to their performance. Thus, employers are ‘allowed’ (I doubt that they are asked permission) to reap most of the benefits and monetary rewards coming from the employees’ ultimate dedication.

You might be wondering, why would people adhere to this? Why would someone willingly hand over their time for someone else’s advantage? Personally, I think there are two reasons for this:

For thousands of years, people found their aspirations in life by subscribing to a certain religion. Therefore, having faith in a higher power allowed humans to believe in a bigger purpose, to believe that their life was not in vain. However, today, religion is perhaps no longer as relevant, but the desire for one’s life to have a profound meaning is still highly important. Thus, productivity has taken a new level of meaning in people’s everyday lives. I dare to say it is a new religion. Perhaps, it has its roots in the Protestant concept concerning work ethic where the work itself represents the purpose of your life. So, the true hustlers look for efficiency and try to optimize every minute of their day in such a way that they give their maximum potential at work. The second reason why people feel the need to work overtime and dedicate even their free time to their jobs is perhaps a simpler one: they need that job to financially sustain themselves. When your competition is constantly working, you cannot be the odd one out and expect to keep your job. There will always be another eager hustler waiting to take your place. Hence, sometimes all you can do is give your all and unwillingly become part of the hustle generation.

How long are we able to sustain this extreme level of productivity that is already engraved in our minds from a very young age? Maybe we should start working on our resumes from kindergarten just to have a chance of joining the hustle wave. I think productivity can be beneficial, but it should have a limit. We all need time to enjoy life outside our work, even though you might adore your job, time spent with your friends, going to the cinema, going for a walk can be invaluable for your soul. Setting a precedent of long hours, tireless dedication and absolute ambition can become rather problematic in the long term because the next generations may no longer have a say in the amount of work they are required in order to keep their jobs. But I’m getting ahead of myself, we’ll see what’s to come and hopefully the future is not as demanding as it sounds. 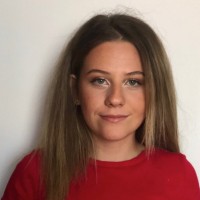