Arts & Culture
Journalistic Insights with The Economist’s Jason Palmer
I always liked to visit places that you're not getting news from – stories that aren't in the headlines but should be. I want to tell you about the big stories that we're not hearing enough about.
By Yana Yadav
12 December, 2020

Jason Palmer is a journalist for The Economist and the host of its podcast, “The Intelligence.” He has also previously worked at BBC News and has completed a fellowship at MIT. This is an edited transcript of his interview that took place on 13th November in collaboration with KBC Keynotes, with host Mei-Ying Chow. Click here to watch the full interview.

You did your PhD in molecular physics as well as a degree in mathematics. How did you go about this transition from a scientific background into journalism? How did you manage to make yourself employable and gain those initial internships?

In truth, the shift to journalism was late in the game for me. It was towards the end of my PhD. I didn’t see myself being happy with the academic track that lay ahead of me and I also had an interest in writing anyway. Hence I started thinking about what I could do. I received very good advice from John Emsley, a science writer, which essentially said ‘don’t quit your day job’. I met people who had a better idea about what it is that they wanted to do, and writing for the school paper, like the very well-known one we had at Imperial College London called ‘Felix’ helped. In the end, I had expended my appetite for further education and all of my money so I decided quite stubbornly just to press ahead. Thus, to answer the question on what I did to make myself more employable was being extremely determined. I will add a friend and I did start a radio show on Imperial College Radio that eventually did get syndicated nationally. Though I don’t think that was an explicit career help, it made me a little less nervous while sitting in front of a microphone.

In a Daily Podcast that covers the whole world’s news, how do you decide what to discuss and what to leave out?

Well first thing I should say is that it’s not me doing the deciding. The Intelligence Podcast has a big team and the buck stops with the show’s two editors. Early on in the show, I had a lot more involvement in choosing the story slate and so on. There are a lot of practical considerations as to what to put in during a particular day and across the week. However,  we’ve got certain bounds set in terms of stories. The stories we cover come from the stories that the Economist’s journalists are currently working on, so it’s very few sort of self-generated stories. It is actually not an ‘infinite set’ we can pick and choose from. We channel the stories of our correspondents. It is also about a matter of variety – for example, if your top story is about Asian businesses, then you don’t want another Asian or business-related story as the second. So there’s a constant shifting grid of stories such that you get a trip around the world and across different subjects in a given day. In the end, we of course try to cover a little bit of everything all the while being mindful of what the big news stories are on any given day. We don’t really set out a plan on Monday through till Friday. It is honestly shifting from hour to hour.

Is there a sense of responsibility to shed light on current events that otherwise might not get the coverage that they deserve?

Absolutely yes and that comes from the time I spent on Espresso and I think the editors share this view that the news market is absolutely saturated. The big stories we do have to cover but maybe we don’t always have to cover them in extraordinary depth. I always liked on Espresso to visit places that you’re not getting news from – stories that aren’t in the headlines but should be is one of the taglines we had early on in the show.  There is a sense of ‘I know you’re going to get everything you need to know about those really big stories’ but I also want to tell you about the big stories that we’re not hearing enough about. So absolutely there’s a feeling that we should dig a little deeper and give people stuff that they’re not getting elsewhere. This is more important than ever now because these days there’s that sort of consolidation of attention where stuff gets missed and it shouldn’t.

As you said there is a quick turnaround for content in a daily podcast, how does this affect preparations? What is a normal day at work (or at home in the current climate) like?

The team is absolutely crucial. I may get all the attention and all the plaudits but really all the credit goes to those behind the scenes. The time to do a single recording is almost an impossible question to answer because everything is done extremely piecemeal. In a general sense, the editors choose the slate of stories, and then each one of those stories will then be assigned to a producer. Each producer will in turn get in touch with the correspondent who has written the story that we’re basing the piece on, and they will put together a loose script on that basis. After it gets approval from the editors, I get to see it. The team then has a fairly informal chat where we nit-pick and try to get a clear flow of structure. After it gets honed down, we set a time with the correspondent and I sit and do the actual Q&A part. Finally, the producer then goes off and cuts our entire conversation  down into six to eight minutes. Thus, broadly my day in the ‘office’ is everything between very early morning and 11 o’clock when the show is ready to go out the door. Afternoons are spent kicking around scripts and actually doing the interviews.

Majority of students who are listening  to this event are interested in a career in journalism. What is your ‘go-to’ elevator pitch for when someone tells you they want to be a journalist and asks for your advice?

I guess the question is whether this is a writing advice question on how to go about pitching and or how to get ahead in the industry. On the latter point, I’m not sure I have a whole lot to add. It is an extremely dynamic industry and like every other, it’s in complete tumult at the moment so I think I don’t have nearly as much to add there. On the writing part of things, because I’ve been both a freelancer when I was post-docking, and a writer/editor in the form of Espresso and so on, I’ve kind of seen this from all sorts of directions. I think the real take-home messages are:

You occasionally write The Economist’s arts and culture magazine ‘1843’. Are you planning on writing more pieces on cocktails soon?

The 1843 is a lifestyle kind of magazine and so there’s a certain amount of appetite for food and drink writing. I tried very much to make myself their drink writer. So will I be taking it up after lockdown? I will write as many stories as they want from me about cocktails because it’s good fun. It makes a nice change. I feel it’s quite important that you are doing something that you enjoy.

What is your favourite cocktail?

I hate picking favourites, but if I had to choose, I’m a big fan of one called Vieux Carré. It’s equal parts cognac, sweet vermouth, and rye whiskey with a bar spoon of Benedictine and Angostura bitters and Peychaud’s bitters. It is a princely drink. I have actually written an article on it, a kind of ode to the Vieux Carre as my sort of audition piece for 1843  – but it never got printed. 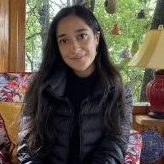 Are We Overestimating China’s Capability To Be a Candidate for a 21st Century Superpower?

As a rising global economic power, China poses a real threat to the US who has long been recognised as the world’s superpower. But the US is likely to hold its position.

According to Marc Benioff, CEO and Chair of Salesforce, ‘this is a match made in heaven. Together, Salesforce and Slack will shape the future of enterprise software and transform the way everyone works in the all-digital, work-from-anywhere world’.

Comedy: A Tool for Asian Empowerment or Racial Division?

With the traumatic experiences Asians have had to go through within Western communities, particularly heightened during the pandemic, comedy is indeed an effective mechanism to shrug these everyday offences off as light-hearted jokes and unite the Asian community.

Insider’s Guide: How a King’s PPE Student Secured a Job at Tech Firm

“I had no in-depth knowledge about e-commerce, nor was I capable of any intricate software programming…but I applied nonetheless – no harm in trying, after all”